Trade, travel and businesses might remain the same for a year 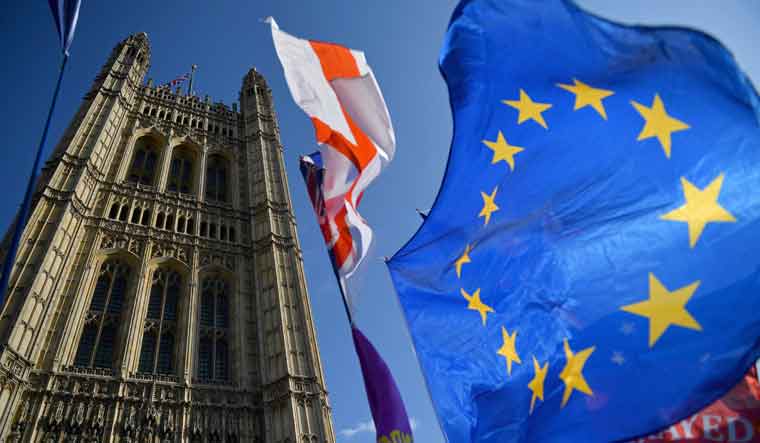 At the stroke of midnight in Brussels on Friday, Britain will leave the European Union and with this, PM Boris Johnson will have delivered his election promise of 'get Brexit done'. With this, will begin a new phase of negotiations between London and Brussels to agree on Britain's future relationship with the European Union, including trade deals. Both parties will have till the end of 2020 to iron out the creases on issues like  security, energy, transport links, fishing rights and data flow.

With industry supply chains in the EU currently crossing borders multiple times for products like cars and drugs, agreeing rules to decide on taxes and regulations based on where these products come from could make things complicated. And as trade agreements with the EU typically take years to complete, sceptics feel that the transition period won't be enough for both parties to figure out the details. According to EU Brexit adviser Stefaan De Rynck, there is a distinct possibility of a cliff edge. In the face of both parties failing to strike a deal, the legal default will be a potentially crippling no-deal Brexit. This will leave trade between Britain and the EU based from 2021 on World Trade Organization terms that would impose import duties and controls.

While trade, travel and businesses might remain the same for a year, it might open up fresh wounds might open up due to long, tangled arguments regarding trade deals that will surely unfold.

The economy will perch on a delicate balance

There is a strong possibility, that in the fresh wake of Brexit, Bank of England will announce its first interest rate cut in more than three years. As per experts, the outlook of the British economy is far from rosy.

Ongoing US-China trade talks and the fallout from the spreading deadly coronavirus are other factors on which immediate health of the British economy depends. The British Sterling pound, however, has been reasonably stable in the last few months. Investments seem to be slipping away, but unemployment is at a record low.

Experts, however, expect that more effects on the economy will be known only in the coming years.

The auto industry has been hit the worse

Production of cars fell by 14.2 per cent in 2019, the fastest fall after the recession in 2008-09. Some automakers are closing factories for additional days in case of Brexit-related disruption, according to the Society of Motor Manufacturers and Traders (SMMT).

Exports have also fallen with demand down 26.4 per cent from China and 17.7 per cent from Japan. While PM Johnson is keen to improve trade relations with the US post Brexit to which 19 per cent exported cars are sent, the industry remains keen to maintain frictionless trade with Europe.