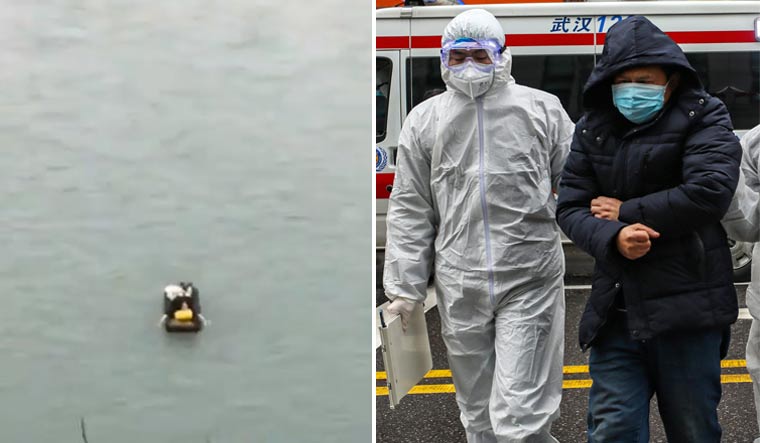 In a shocking video, which has been doing the rounds on social media, people in China's Hubei region fleeing on boats from the coronavirus quarantined zones are seen being stopped by the police on the other side.

In the video shared by a Twitter user, people can be seen fleeing on boats to Hunan from Hubei, the region which has been quarantined. Cops are seen standing on the opposite side, reportedly sending the people back. The measure, while is deemed necessary, has been seen by many as a deprivation of human rights.

People flee to Hunan via boats from Hubei #coronavirus quarantine zone. Police r trying to stop them from the opposite side.
Hubei people are refugee in their own country.
lockdown is essential to virus control，but without supply & transparency， panic！pic.twitter.com/qwBNBVOL75

The death toll from the deadly virus has already crossed 100 with tens of millions of passengers stranded due to quarantines and other emergency procedures. Many countries have issued travel adversaries against traveling to China with airports put on high alert against any possible outbreak via travel.

While the Chinese media has praised the measures taken by the government after the outbreak, netizens in the country are expressing their displeasure and outrage through coded posts so as to avoid the state censorship.