EXCLUSIVE: The land where ISIS drew their oil 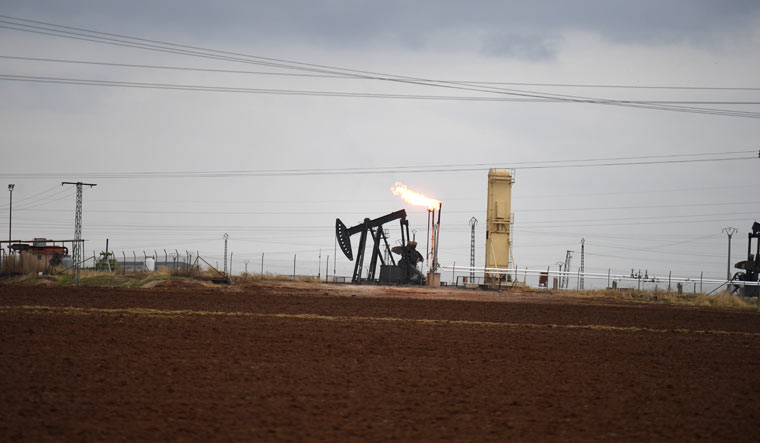 The map of Syria resembles a stocky bird taking flight—its head and beak pointing northeast, to the tri-junction of Syria, Iraq and Turkey. The bird’s head is marked out by the river Euphrates, which enters Syria from Turkey a hundred kilometres west of Tell Abyad and drains out southeast to Iraq and the Persian Gulf.

The Euphrates is a natural barrier that divides northeastern Syria from the rest of the country. Its basin is so fertile that it was where humans first started agriculture, more than 9,000 years ago, and where civilisation first took flight.

Like any bird, pre-war Syria, too, depended on its head and beak for sustenance. It was from the northeast that the country drew much of its oil and agricultural wealth. In 2008, long before the IS rampage began, Syria used to produce more than 4,00,000 oil barrels a day, mainly from the wells in the northeast. By 2018, the output had plunged to just 24,000 barrels.

Even though IS has been defeated, Syria cannot hope for an immediate turnaround in its fortunes, because the northeast has become an autonomous region under the control of the Kurdish-dominated Syrian Democratic Forces. The SDF, which has its quarrels with the Bashar al-Assad government in Damascus, calls the region Rojava. It exists as a federated union of nearly a dozen autonomous subregions. Rojava’s most populous city, Qamishli, serves as its de facto capital.

As we neared Qamishli, we saw oil tankers lining the road. Further ahead, at a village called Gire Kire, a series of tanks and open pits stretched along a dirt-filled road. These tanks and pits serve as stopgap refineries. Crude is burnt in open pits, producing limited yields of poor-quality petroleum products that are piped into tanks for filtering.

The technique is primitive, and it causes huge environmental damage. It had left the earth in Gire Kire inky black. Streams of leaked oil and layers of slippery sludge made it difficult for workers to even walk.

For the full story, pick up the latest issue of THE WEEK, out on stands now.