Sri Lanka PM says no debt-trap with China, will pay back loans 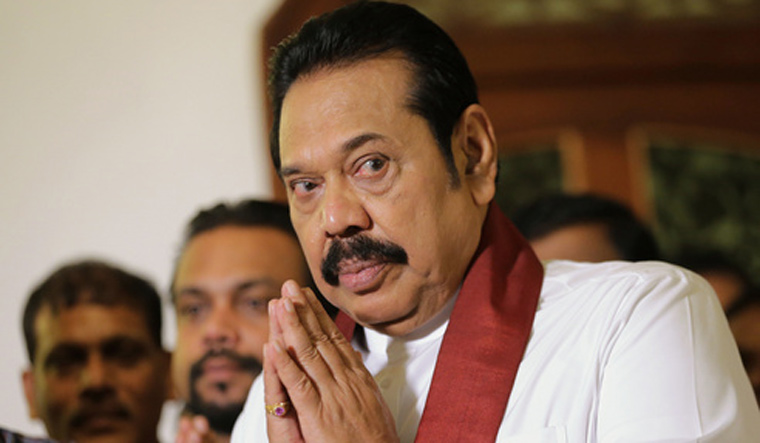 Sri Lankan prime minister Mahinda Rajapaksa on Saturday denied that his country was embroiled in a 'debt-trap' with China over the funding of its large infrastructure projects, adding that his brother's comments criticising the handover of Hambantota Port were taken out of context.

The PM asserted that he was ready to cement his country’s friendship with China, after visiting the Columbo Port City with Chinese ambassador Cheng Xueyuan.

The PM sought to play down comments made by his brother Gotabaya Rajapaksa soon after being elected president, where he said that giving away the Hambantota Port to China on a 99-year lease was a mistake by the previous Maithripala Sirisena government. "The deal has to be renegotiated. Giving a small loan for investment is a different thing but giving a strategically important economic harbour is not acceptable. That we should have controlled," President Gotabaya Rajapaksa had said.

PM Rajapaksa said that the same was “quoted out of context”, telling Xinhua that the President did not mean there is any problem about sovereignty.

"What the President meant was that our government, unlike the previous one, has a principle of not privatising assets. If Sri Lanka and China have any problems, we can easily discuss and resolve them as friends," he was quoted as saying by Xinhua.

In response to Gotabaya Rajapaksa's comments on the Hambantota Port, China had said all projects with Sri Lanka were developed with a "win-win spirit" and "equal-footed consultation" with the host nation.

“We are very confident that Sri Lanka can very clearly repay the loans for the Hambantota Port and other development projects. Today, the economy has collapsed but when we rebuild it, paying back loans won't be a question," PM Rajapaksa said.

He asserted that China had not led Sri Lanka into a debt-trap with its funding of the ports. “China has provided tremendous support for the country's development. We will never forget it. We do not believe in the so-called 'debt trap'. There is also no such thing as China's 'control' of Sri Lanka's ports, including Hambantota or situations that undermine Sri Lanka's sovereignty.”

The Colombo Port City was jointly developed by the Sri Lankan government and China’s CHEC Port City Colombo Ltd at a cost of $1.4 billion. During his visit, Rajapaksa officially declared the 269 hectares of land that was reclaimed from the seas as part of Colombo district.

On December 2, the Chinese embassy in Sri Lanka released a statement saying that both countries have agreed to further strengthen political trust and upgrade their pragmatic cooperation. It added that the two nations would speed up the implementation of cooperation on big projects like the Colombo Port City and the Hambantota Port.