Ahead of Modi-Xi summit, Chinese envoy 'supports' Pakistan on Kashmir 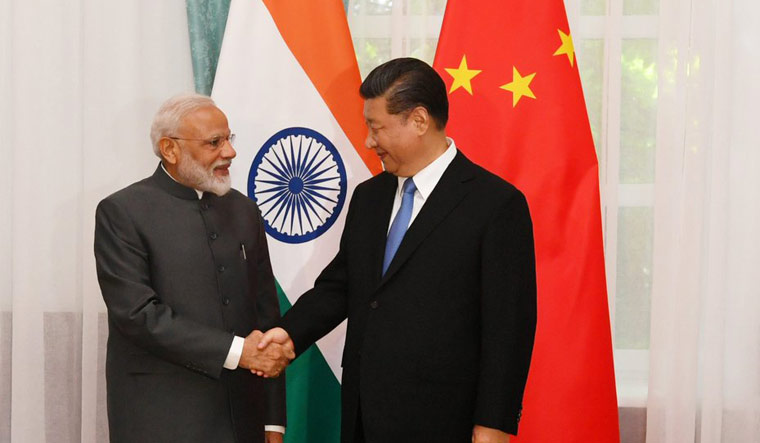 China will stand by Pakistan for the resolution of the Kashmir dispute, said Chinese ambassador in Islamabad, Yao Jing, The Express Tribune reported. “We are also working for Kashmiris to help them get their fundamental rights and justice. There should be a justified solution to the issue of Kashmir and China will stand by Pakistan for regional peace and stability,” he said, according to Pakistani daily. Yao’s statement is also seen by Delhi as interfering with India’s internal matter and not keeping in spirit with the proposed visit by Xi, The Indian Express reported. India has, according to the report, raised strong objections.

The incident comes a few days before Chinese President Xi Jinping's informal summit with Prime Minister Narendra Modi in India. Security has been tightened and plainclothesmen are already swarming the Mamallapuram town, the site of the summit, and "visible patrolling" has been stepped up. Ahead of the summit, paramilitary forces are likely to be deployed in and around the town. Local hotels have been advised to be cautious while letting out rooms and keep police informed about guests. A 7-star hotel at Guindy in Chennai, a seaside resort near Mamallapuram and another such facility in the coastal town are expected to play host to the summit.

At the same time, cracks are appearing in the bilateral relationship. There were reports that China has raised objection to India on an Arunachal Pradesh military exercise. The Indian Army's newly raised 17 Corps is carrying out the mega exercise at a height of around 15,000ft in Arunachal Pradesh. The sources said the exercise is taking place around 100 km from the Line of Actual Control (LAC), the de-facto border between the two countries, and that it was scheduled much in advance.

They said the formations undertake such exercise for familiarisation and acclimatisation during the months preceding winters and post-winters.

China claims the north-eastern Indian state of Arunachal Pradesh as part of southern Tibet. India has maintained Arunachal Pradesh is an integral and inalienable part of the country. The two countries have held over 20 rounds of talks to resolve the border dispute.

There was disquiet in New Delhi following China's support to Pakistan following India's decision to withdraw Jammu and Kashmir's special status and bifurcate the state into two Union Territories. India took strong exception to Chinese Foreign Minister Wang Yi's reference to Jammu and Kashmir, and Ladakh in his address at the recent UN General Assembly.

Raising the Kashmir issue, Wang told the UN General Assembly that the "dispute" should be peacefully and properly addressed in accordance with the UN Charter, UN Security Council resolutions and the bilateral agreement. The Chinese foreign minister also stressed that no action should be taken that would unilaterally change the "status quo" of Kashmir.