Turkey occupies and maintains a military presence in 'Northern Cyprus' 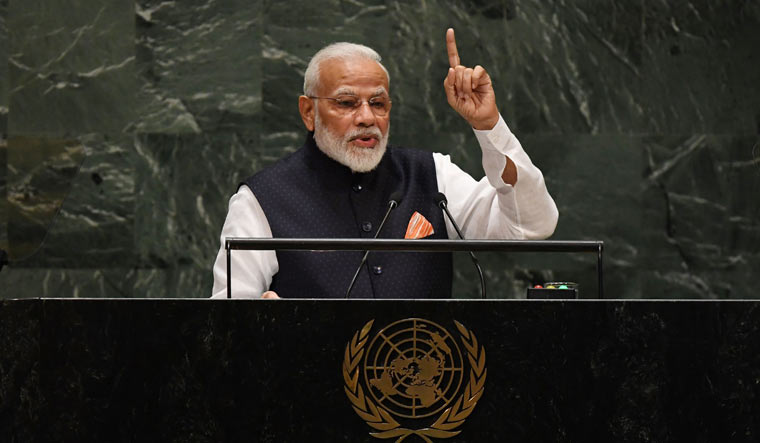 As Prime Minister Narendra Modi and Cyprus President Nicos Anastasiades met on the sidelines of the UNGA, India reiterated India's consistent support for the independence, sovereignty, territorial integrity and unity of the Republic of Cyprus. Turkey occupies and maintains a military presence in 'Northern Cyprus'.  The relations between the two countries had worsened under Turkish President Recep Tayyip Erdogan. Anastasiades speaking from UNGA said, according to WION, "Turkey threatens Cyprus that there will be severe consequences if we proceed ahead with our energy programme... it threatens neighbouring states and energy companies, with which we are cooperating and have established conventional obligations".

Erdogan raised the Kashmir issue during his address at the United Nations, saying it is imperative to solve the problem through "dialogue on the basis of justice, equity, and not through collision". Turkey is the only Muslim country to have supported Pakistan after India revoked Article 370 of the Constitution, which gave special status to Jammu and Kashmir on August 5.  In his speech before at the UN General Assembly, Erdogan said the stability and prosperity of South Asia cannot he separated from the Kashmir issue. "One of the problems to which the international community still does not devote enough attention is the Kashmir conflict, which awaits a solution for 72 years," he said in his address to the general debate on Tuesday. Earlier, Prime Minister Khan had met President Erdogan on the sidelines and discussed with him bilateral relations and the latest situation since India revoked the special status of Jammu and Kashmir.