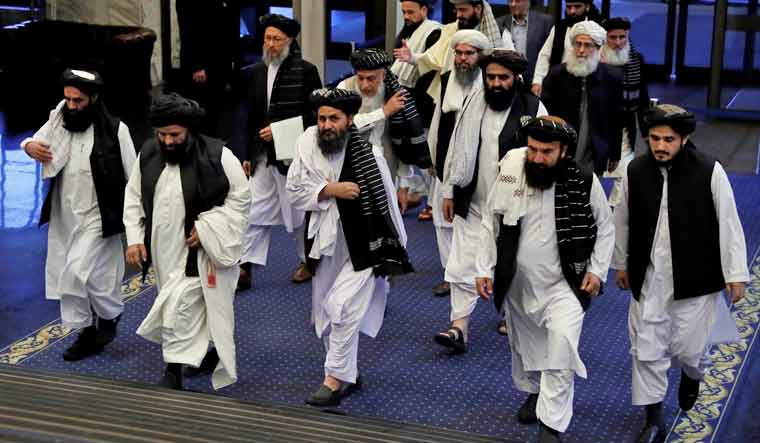 Afghanistan Taliban negotiators were at odds with their Council of Leaders, or shura, about whether to travel to Camp David even before President Donald Trump abruptly cancelled the high-stakes meeting planned for last weekend. The leaders had agreed that they wanted a deal with US, but some were in more of a hurry than others.

The shura opposed the trip to Camp David and chastised the negotiators who were eager to attend.

President Trump in the meanwhile has blamed the Taliban for the end in the deliberations after the group claimed responsibility of a terrorist attack in Kabul last week that left 12 dead, including an American soldier.

“I'll tell you one thing—we are hitting the Taliban right now harder than they've ever been hit,” Trump said.

The shura, several months earlier had opposed an offer by Mullah Abdul Ghani Baradar, the chief negotiator and co-founder of the Taliban, to give the Americans 14 months to withdraw their roughly 14,000 troops from Afghanistan. Baradar was told that the shura wasn't on board with the timeline and decisions could not be made independent of the shura.

President Trump said that the Taliban killed an American trooper amongst the 12 innocent people who died in the attack because they thought by doing this, they will have an upper hand in negotiations.

On Saturday last, the US president cancelled a "secret" summit with Taliban leaders and his Afghan counterpart following the attack in Kabul, dealing a blow to protracted negotiations that were nearing a peace deal to end America's longest war.

Trump's US negotiator Zalmay Khalilzad had announced a peace deal "in principle" with the Taliban on Monday last.

As part of the proposed deal, the US would withdraw 5,400 troops from Afghanistan within 20 weeks. The US currently has about 14,000 troops in the country.

According to Taliban officials, though opinions differed, Taliban leadership debated every article of the agreement and the negotiating team either got the shura to agree or bowed to its decisions. Baradar had secretly opened peace talks with Afghanistan's then-president, Hamid Karzai, back in 2010. And when Pakistan found out about this, Baradar was arrested in a raid jointly carried out with the CIA, post which, he spent eight years in a Pakistani jail as punishment for trying to sideline Islamabad in peace talks.

Karzai had asked both Pakistan and the US on at least two occasions to release Baradar but was turned down. The first secret contacts between the Taliban and the US, aimed at finding a way to talk, reportedly did not occur until 2013.

— With inputs from PTI