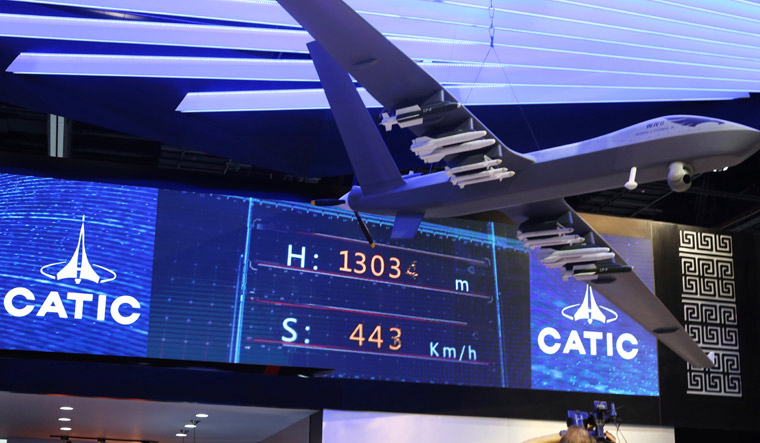 Chinese state media reported on Monday that its indigenous armed unmanned aerial vehicles (UAVs or drones) built for export have fired more than 3,000 rounds of live weaponry, with an overall accuracy of more than 90 per cent.

The state-owned Global Times claimed the Wing Loong series of drones, which it described as being built for export, had fired munitions at both stationary and “moving battlefield targets”. While the reports did not specify the time period when the weapons were fired by the Wing Loong series of drones, these systems are believed to have been offered for export for almost a decade.

The Global Times quoted a military expert, who wished to remain anonymous, as saying the firings from the armed drones happened in both battlefields and training facilities. "Higher than 90 percent should be considered very high accuracy and it is absolutely no coincidence when you have 3,000 samples, especially on real battlefields, not just training grounds," the expert said.

Global Times reported the Wing Loong drones are capable of precision strikes using air-to-ground missiles like the US-built Predator and Reaper systems. The UAE, Iraq, Saudi Arabia and Pakistan are all operators of Chinese-built drones, including the Wing Loong system. Xinhua had reported 100 Wing Loong armed drones had been built for export by December 2018.

According to a report by the Royal United Services Institute (RUSI), a think tank in December 2018, both Saudi Arabia and the UAE have used Chinese-built armed drones in the ongoing conflict in Yemen. The UAE was believed to be the launch customer of the Wing Loong II variant, which was first revealed in 2015. The Wing Loong II can carry up to 500kg of missiles and bombs and has greater endurance of up to 32 hours and more weapon hard-points than its predecessor, the Wing Loong I.

In April 2017, media agencies reported that China and Saudi Arabia had agreed to set up a factory in the kingdom to manufacture up to 300 drones, including the Wing Loong II and the older CH-4 drone. The deal was signed as part of a larger economic cooperation framework, valued at $65 billion, agreed upon during the visit of King Salman to Beijing in March 2017. Both Saudi Arabia and the UAE have reportedly used their Chinese-built drones for targeted assassinations in the Yemen conflict.

Aviation International News and other media outlets have reported Saudi Arabia had been using the Wing Loong I series of drones in the Yemen conflict.

In October 2018, Chinese state media reported Beijing had agreed to supply up to 48 Wing Loong II drones to Pakistan in a deal that would also include licence manufacturing.

Drones like the Wing Loong series are still considered inferior to US and Israeli built systems, which have more sophisticated sensors and securely encrypted satellite guidance datalinks, which make them harder to jam. However, the US has refused to export armed drones to most Middle Eastern nations. On the other hand, China has had a more indulgent approach, with RUSI describing it as “no-questions-asked exporter of drones”.