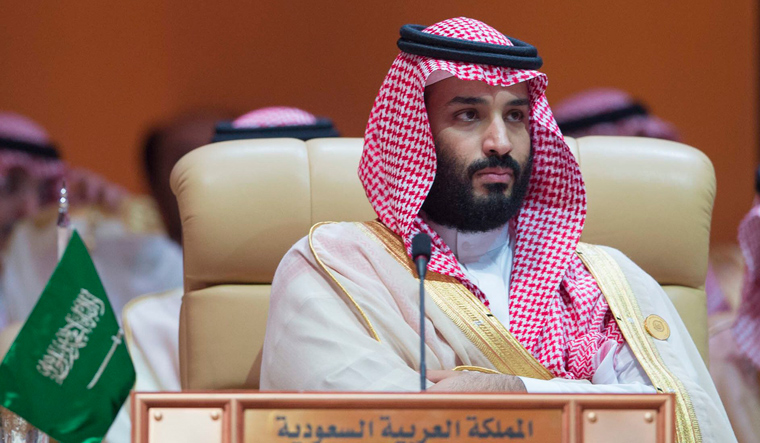 Saudi Crown Prince Mohammad bin Salman's visit to Pakistan has been delayed by a day in wake of the Pulwama attack in Jammu and Kashmir.

He was scheduled to reach Pakistan on Saturday, but now he is expected to reach on Sunday. Though the Pakistan foreign ministry did not reveal the reason behind the change in schedule, it is widely seen as a reaction to the terror attack against CRPF soldiers in Pulwama on Thursday. Saudi Arabia had strongly condemned the terror attack that claimed the lives of 40 CRPF personnel. Jaish-e-Mohammed had claimed responsibility for the attack.

Saudi Arabia had denounced the assault on Friday and reinforced its support to India against terrorism and extremism, wishing for the speedy recovery of the wounded.

However, the programmes of MbS's stay in Pakistan will remain unchanged, the foreign office said.

Prince Mohammad, who is also the deputy prime minister and minister of defence, will be conferred with Nishan-e-Pakistan the highest civilian award during his visit to the country, the Express Tribune reported.

Preparations have been made to give an "unprecedented warm welcome" to the Saudi Prince who will be received personally by Prime Minister Imran Khan and his cabinet members at the Nur Khan Airbase, the report said.

Abdul Razzak Dawood, Advisor to prime minister on trade, said investment deals worth $10-15 billion dollars would be signed during the trip. On top of the list is an agreement to set up an oil refinery in Pakistan.

Elaborate security arrangements have been planned during the visit of the powerful heir to the Saudi throne.