US shutdown 2.0: What lies ahead for Trump administration

The United States government has been shut for a month now 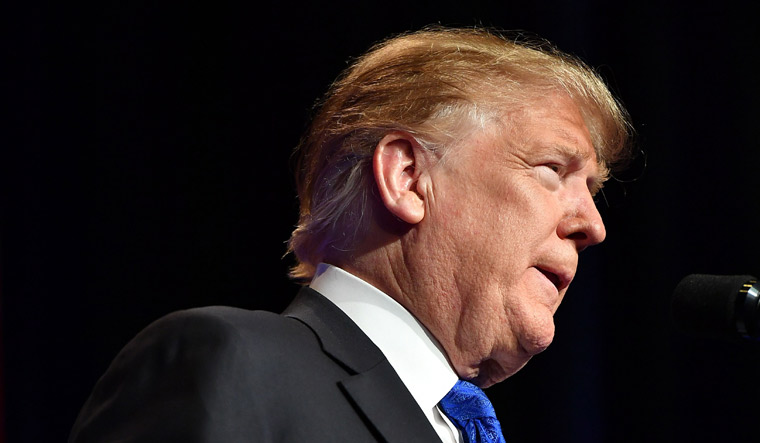 Government shutdowns are never a good thing—be it partial or otherwise. The United States government has been shut for a month now, the second major shutdown during the presidency of Donald Trump.

The president, for a dinner he was hosting for the Clemson Tigers who won the College Football Playoff National Championship, ordered burgers, pizzas and chicken wings as his kitchen staff were on leave due to the shutdown. House Speaker Nancy Pelosi literally took a bus to nowhere as Trump denied her a military aircraft for a trip to Afghanistan. He sent out an official letter to Pelosi even as the delegates for the trip had already boarded a bus to the airport. This seems to be a tit for tat move as Pelosi had asked the president to postpone his State of the Union address.

Somewhere in the White House, New York Representative Alexandria Ocasio Cortez has literally been looking for Senate Majority Leader Mitch McConnell. McConnell, instead of focusing on ending the shutdown, has prioritised passing an anti-abortion bill to end tax payer-funded abortions which would inadvertently affect women from the lower income groups. And all this while several federal workers are quitting or being forced to work without pay, passengers facing long queues due to lack of TSA officers, and the national parks being a mess.

Apart from this, the fact that yet another official, the Indian origin deputy spokesperson to the White House, Raj Shah, resigned sets the second half of Trump's presidential stint to a rough start. The second half would be a bit nerve-jangling, especially with a whole lot of changes in the House, starting with the number of Democrats elected. As many as 102 of them are women and they may push for further investigations into Trump's collusion with the Kremlin. The Democrats may leverage the newly gained strength in the House to vouch for a package concerning government ethics, including more stringent rules for lobbying and campaign finance. Besides, they are most likely to push the Congress to address the issue of immigrants that looms like a dark cloud over the Trump administration ever since he was elected to presidency.

The shutdown, however, followed a handful of positive takeaways from the administration. Trump did sign a useful, bipartisan criminal-justice reform into law. He took a clear stand in favour of reducing price of prescription drugs which is likely to bring relief for the already degrading healthcare system in the country. In foreign affairs, Trump's attempt to normalise relations with China is indeed a welcome move, not only for the United States, but also for the global order.

His instinct is to act as a wrecker, which was intended to topple the self-serving Washington elite, but his “lying and sleaze” filled the swamp rather than drain it. Trump wanted to make immigration merit-based, but chances of that now seem dim. His decision to withdraw troops from Syria and Afghanistan has also been met with some criticism as the move has caused Syria to be pushed closer to Russia and strained US' relationship with Turkey over the issue of American-backed Kurds. Trump's troubles may just be mounting with his criticism of the Federal Reserve Chairman Jerome Powell. There is fear that his undermining of Powell could cause more harm in light of more senior staff leaving the administration and Robert Muller's inevitable investigation. Romney's return to politics, spiritedly opposing Trump, is a welcome sign.