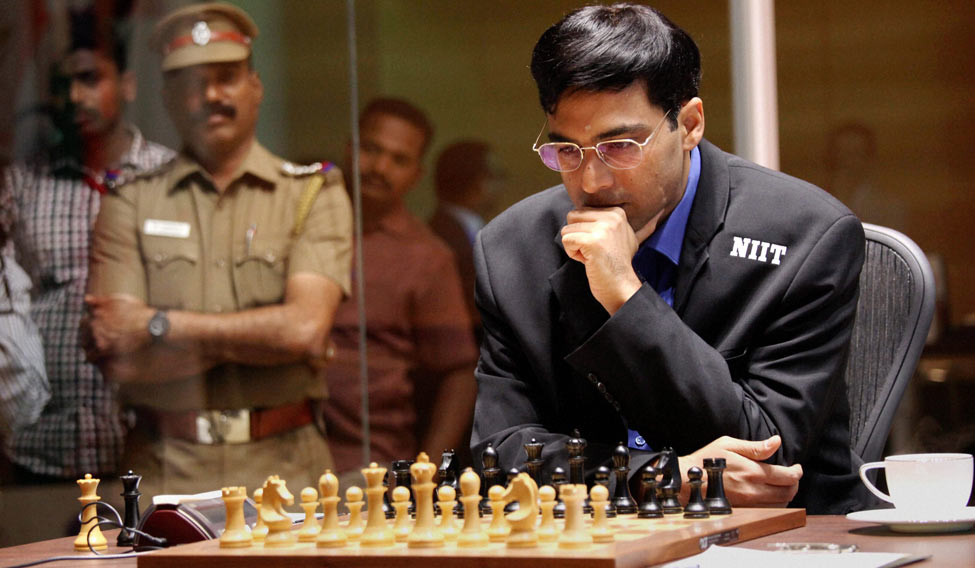 Relieved after claiming his first World Rapid title since 2003, Indian chess ace Viswanathan Anand said he entered the tournament in a “pessimistic” frame of mind but managed to surprise himself and the world with an unbeaten campaign.

The 48-year-old, who had been drawing flak from critics for a string of sub-par performances in the recent past, hit back in style by winning the World Rapid title in Riyadh yesterday.

“The last two rapid events were nothing short of disastrous. I came here in a pessimistic frame of mind. But it has just been the most wonderful surprise. But I played well,” Anand said after his triumph.

The former world champion remained unbeaten through the tournament and came back strongly to bag the top position on a tie-break after a three-way tie with Russians Vladimir Fedoseev and Ian Nepomniachtchi at 10.5 points from a possible 15.

The Chennai ace then defeated Fedoseev 2-0 in a two-game tie-break to win the trophy.

Anand said he had had a particularly tough year coming into the event in Riyadh.

“...especially the London (Chess Classic) tournament was a big disappointment. It is not that I had high expectations of London, but still I expected to do well. But to finish in last place was a heavy blow.”

Anand said he felt good on the first day of the tournament as he played well and it reminded him of his glory days.

“It was on the first day I felt I was playing well. It was as if time had stood still. I was back in time a few years when I was dominating rapid chess tournaments. That gave me a lot of confidence. On top of that, I beat Peter Leko in a very nice game. I was in a good frame of mind,” he added.

He described the win against Norway's world champion Magnus Carlsen as the crucial moment in the tournament.

“The crucial moment was the win against Magnus Carlsen. Because he had come back after a defeat against Bu Xiangzhi. He seemed to be in great form, as always.

“He has this amazing ability to win games on demand where he is just able to pull together these long streak (of wins). So at that moment I must admit I felt he was favourite for the final few rounds,” Anand said.

“But, we had a very intense game, an intense Nimzo Indian. It is nice beating a player, who is so dominant in the blitz and rapid rating lists. To beat him was a real accomplishment. Of course, given our history, given the intense matches, there was that extra bit of feeling,” the Indian Grand Master added.

Anand also said that towards the end he got worried that he might not even secure a podium finish but a series of unexpected twists and turns on the final day helped him land the top prize.

“...the first three rounds ended in draws. I felt that I had lost the plot a little bit and in fact I was worried that I might not even be on the podium anymore.

“I mean there were so many unexpected twists and turns. Magnus lost. Nepo (Ian Nepomniachtchi) had won his. A lot happened. But once the tie-break started and I got a big advantage in the tie-break game then I started to feel the wind was behind me,” he said.

“It is so unexpected because I wasn't even planning to come to this tournament, which was announced late. The most amazing feeling of all is to have the title of world champion again. I am so happy that I can't describe it in words,” he added.

His wife Aruna was delighted after the victory and said, “I was just very happy... almost wanted to be there when he did the fist pump.”

“Congratulations to the man from the sixties, @vishy64theking, on his World Rapid title! I hope you dedicated this latest victory to everyone who has asked you when you were going to retire,” he tweeted.

Your form could not be submitted.
This browser settings will not support to add bookmarks programmatically. Please press Ctrl+D or change settings to bookmark this page.
Topics : #Viswanathan Anand | #chess