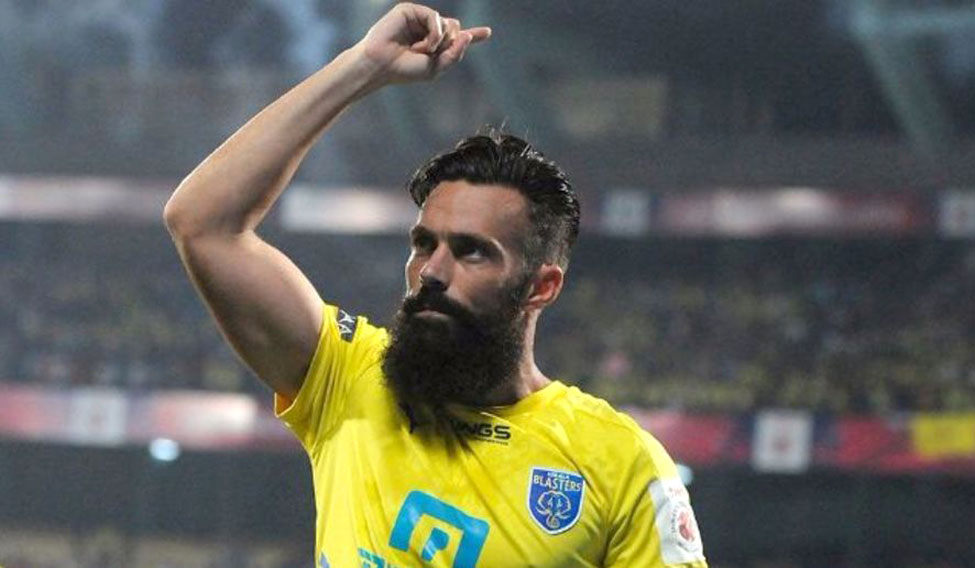 The beard is back with Kerala Blasters! But it's not the skipper, Sandesh Jhingan, we are talking about. Spanish midfielder Victor 'Pulga' Herrero Forcada is all set to don the yellow jersey once again, after having played for the club in 2014 and 2015.

With injuries to their star foreign recruits like Bulgarian international Dimitar Berbatov and Ugandan sensation Kizito Keziron and the departure of Dutch striker Mark Sifneos, Blasters have been struggling to find replacements. Days after Iceland striker Gudjon Baldvinsson was roped in, the Kerala-based club have turned to the familiar face of Pulga to revitalise their campaign.

There are also rumours that the club may be trying to rope in Brazilian forward Nilmar in place of injured Berbatov. Reports of the 33-year-old forward being spotted at the Dubai International Airport on his way to India, have heightened the expectation of the fans. However, the club is yet to confirm it.

“Let’s welcome someone you are familiar with, put your hands together for @VictorPulga85...,” the club tweeted from its official account.

With his sublime skills, control in the midfield and the flowing beard, Pulga had soon became the crowd favourite at the Jawaharlal Nehru Stadium in Kochi. The 32-year-old Spaniard had played with current Blasters coach David James in the inaugural season of the ISL, when the latter was the marquee player and manager of the club.

This season, James joined the Blasters as coach midway through the tournament, after the club parted ways with former Manchester United coach Rene Meulensteen, from the Netherlands, following a string of poor results.

Kerala Blasters are seventh on the points table with 17 points, in the 10-team tournament.

Your form could not be submitted.
This browser settings will not support to add bookmarks programmatically. Please press Ctrl+D or change settings to bookmark this page.
Topics : #ISL | #Kerala | #football