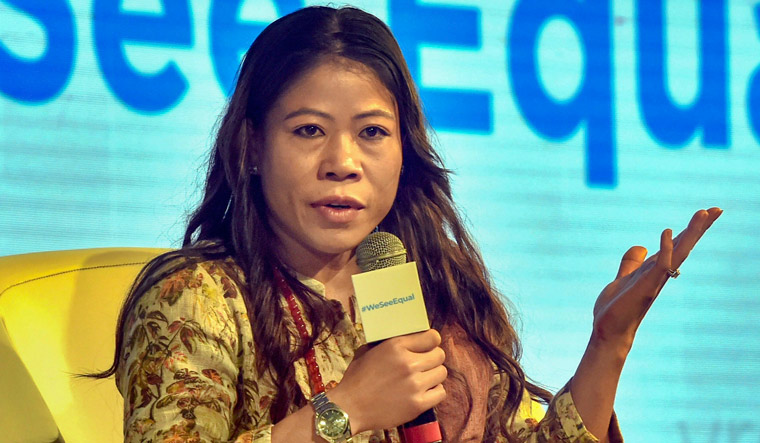 Union Sports Minister Anurag Thakur has announced the formation of the Oversight Committee that will investigate the allegations raised by wrestlers against the Wrestling Federation Of India (WFI) president Brij Bhushan Sharan Singh.

The minister said boxer Mary Kom will head the Oversight Committee. The panel will also monitor the day-to-day activities of the WFI, the activities of which are currently suspended following the protest.

Thakur said on Sunday that the Centre has heard all the players pertaining to allegations levelled against the Singh, and the Oversight Committee will conduct an impartial probe into the allegations.

Kom also heads the Indian Olympic Association's (IOA) committee to probe the allegations. Yogeshwar Dutt too is in the IOA Committee. Archer Dola Banerjee, Indian Weightlifting Federation (IWLF) president Sahdev Yadav, Alaknanda Ashok, and two advocates are the others in the seven-member committee.

A plea has been filed in Delhi High Court against wrestlers who staged a protest against Wrestling Federation of India (WFI) president Brij Bhushan Sharan Singh, alleging him of corruption and sexual harrasment.

According to the plea, the players have made a mockery of justice by misuing the sexual harrassment laws. The petitioner, who is an employee of Brij Bhushan Sharan Singh at his official residence in Ashoka Road, said if any player had undergone sexual harassment, they could have acted in accordance with the law through police and courts etc.

The plea has also sought filing of FIR against wrestlers Vinesh Phogat and Bajrang Punia for allegedly abusing the process of law by putting the WFI chief under extortion for making him resign.

The players have crossed their limits to tarnish the reputation and dignity of the Brij Bhushan by publicly making serious allegations of sexual harassment of women wrestlers, the petitioner said.

The plea comes days after wrestlers including Sakshee Malikkh, Vinesh Phogat, and Bajrang Punia staged a protest in Delhi's Jantar Mantar seeking the firing of the WFI president. The Union Sports Ministry had intervened in the issue.