Why Juventus were hit with 15-point penalty

Juventus dropped from third to 11th in Serie A 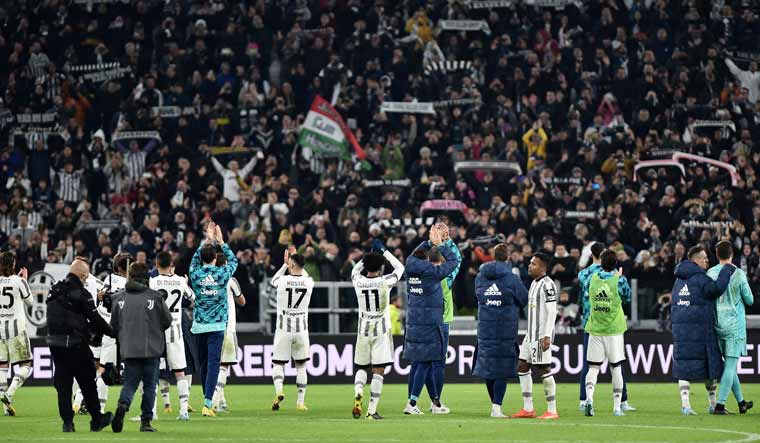 Italy's most storied football club, Juventus, were hit with a massive 15-point penalty for false accounting following an appeal hearing at the Italian football federation.

The punishment on Friday could eliminate the club's chances of playing in Europe next season. A record 36-time Italian champion, Juventus were third in Serie A and the penalty drops the Bianconeri to a midtable position - 25 points behind leader Napoli and 12 points from the Champions League places.

Juventus said they will appeal the decision to Italy's highest sports court within the Italian Olympic Committee.

Also, former Juventus president Andrea Agnelli and former club CEO Maurizio Arrivabene were each banned for two years from football activities and more bans were handed out for nine other members of staff or former board, which resigned en masse in November following an investigation by Turin public prosecutors into alleged false bookkeeping.

The bans prohibit those individuals from engaging in football activities in Italy, "with the request that the ban be extended to UEFA and FIFA activities".

Juventus have denied wrongdoing and were initially cleared by the sports court in April. But an appeal was made after the federation collected papers from the Turin prosecutors.

Gianluca Ferrero was appointed Juventus' new president on Wednesday, presiding over a smaller five-person board of directors. Also, on Wednesday, Agnelli announced that he was stepping down from all of his positions within the family businesses, including carmaker Stellantis, which controls FIAT, as well as the Exor holding company.

Agnelli was also one of the architects of the failed European Super League project.

The penalty comes 17 years after the "Calciopoli" refereeing scandal that saw Juventus demoted to Serie B and stripped of two Serie A titles.

Juventus were already eliminated from the Champions League in a horrible start to this season, which also saw them win only two of their opening nine Serie A matches. The club had since bounced back to climb into the top four.

Juventus could face further penalties from UEFA, which also opened an inquiry into the club's finances after the Turin prosecutor's office requested indictments for Agnelli and 10 other former board members as well as the club itself.

Juventus are listed on the Milan stock exchange, which also opens them to regulatory scrutiny by the CONSOB watchdog.

At the start of the pandemic, Juventus said 23 players agreed to reduce their salary for four months to help the club through the crisis. But prosecutors claim the players gave up only one month's salary.

A preliminary hearing for the investigation by Turin prosecturs is scheduled for March.