In his opinion, Australia, Belgium and Netherlands are other strong contenders 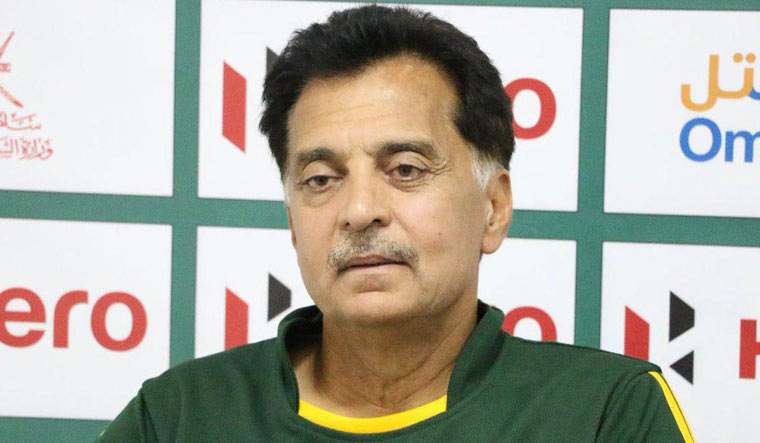 He used to be a resident threat to Indian hockey teams of late '70s and early '80s but Hassan Sardar, Pakistan's master centre forward of yesteryears, is amazed to see the maturity shown by the national team from the neighbouring nation in recent years.

In his opinion, Australia, Belgium and Netherlands are other strong contenders apart from India.

The FIH Men's Hockey World Cup gets underway in Bhubaneswar and Rourkela from Friday. India are pitted in group D along with England, Spain and Wales.

Olympic gold medallist Sardar, who mesmerised the Indian hockey-loving public with 11 goals during the 1982 World Cup in Mumbai, feels that there is not much difference between Harmanpreet Singh-led team and other top nations.

"I had said before the Tokyo Olympics that this Indian team is capable of winning medals at the highest level. They won bronze but there is hardly any major difference in top 4 teams in world hockey now," Sardar told PTI Bhasha in an exclusive interview from Pakistan.

"This Indian team is way more focused and matured. Add to it, they have an added advantage playing at home ground. I have seen a hockey tournament in Odisha and would like to congratulate state CM Naveen Patnaik for promoting hockey in a big way," said the 1984 Los Angeles Olympic gold medallist.

India's lone title win in WC was 48 years back when Ajitpal Singh's defeated Pakistan in the final.

The global hockey powerhouses have never been able to make the semifinals in any of the Hockey World Cups since then.

A resurgent Indian team, however, rewrote history winning a bronze medal at Tokyo Olympic ending a long wait of 41 years.

Sardar said that India have become strong in penalty corner conversions and the forward line is capable of scoring.

"Goal-scoring is the most important thing and this Indian team is capable of that. They have a strong drag-flicker like Harmanpreet Singh and their forward line is capable of scoring goals," said Sardar, who had played with Shahnaz Sheikh, Samiullah Khan, Hanif Khan and Kalimullah Khan.

He also scored a hat-trick in Pakistan's famous win over India in 1982 Asian Games final in New Delhi.

Pakistan could not qualify this time and Sardar is deeply hurt with that.

"Definitely, for us who have won both Olympic gold and World Cup winners' medal, who have seen the golden era of Pakistan hockey are hurt. Winning and losing are another things but at least participation was required."

Sardar wants Pakistan Hockey Federation (PHF) to take a leaf out of India's book. "Once India had also seen the decline but they revived their hockey and are now among the best in the world. Pakistan have to do something special to revive people's interest in the game," he said.

The reason for Pakistan's decline is lack of importance to the sport at the grassroots.

"Youngsters do not play hockey anymore in schools and colleges. They do not want to see our team losing. We have immense talent in Pakistan but the need is to provide them a proper platform, grooming and financial security. You need to win to produce new heroes," said the former coach and chief selector.