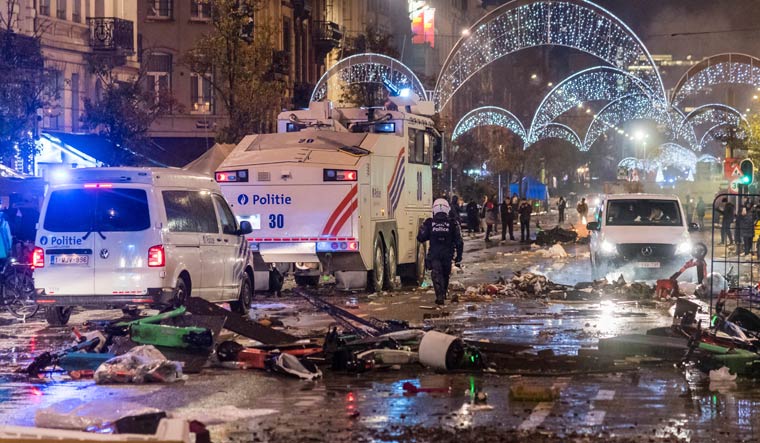 Severe unrest remained in Brussels after Morocco's victory over Belgium in the Qatar World Cup on Sunday. Football fans smashed shop windows, burnt cars, threw fireworks and set vehicles on fire after Belgium's defeat in the match. The police had to use tear gas and water cannons to calm the situation.

The riots that broke out at several places across the capital city, left some injured and Belgian police detained a dozen people. Police said at least 11 people had been arrested, reported BBC.

Belgium 🇧🇪 👀💥
Towns And Cities Are Now Being Destroyed And Smashed Up Across Brussels As Riots By Non Natives Escalate Into The Night. pic.twitter.com/q3gA8SiWKu

Police had to use water cannons and tear gas to disperse the rioters. According to reports, dozens of football fans, even some draped in Moroccan flags clashed with the police.

"The rioters used pyrotechnic material, projectiles, sticks, and set fire on the public highway," the police said, reported Reuters. "Also, a journalist was injured in the face by fireworks. It is for these reasons that it was decided to proceed with police intervention, with the deployment of water cannon and the use of tear gas," the police said.