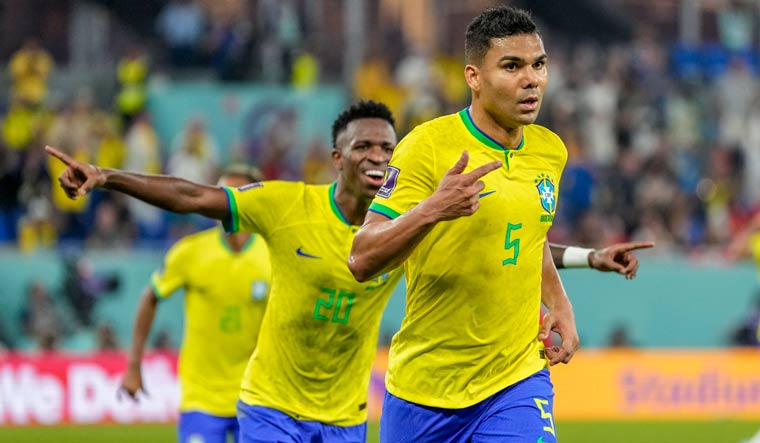 Midfielder Casemiro scored his first World Cup goal as Brazil beat Switzerland 1-0 in a Group G match and qualified for the knockout stage on Monday night.

A largely featureless game had been meandering towards a goalless draw when Casemiro struck seven minutes from time to take Brazil to six points at the top of Group G.

The absence of injured striker Neymar had hung like a shadow over a shoddy Brazil, with only a disallowed goal by Vinicius Jr bringing their huge support to life before the goal.

Tite’s side are just the second team to qualify for the last 16 after France and the only side apart from the holders to have won both group matches so far in Qatar. Brazil may rest some of their players when they face Cameroon on Friday as even a draw will secure them the top spot.

For Switzerland, a win against the Serbians will take them through and a draw may also suffice.

Brazil have six points, Switzerland three and Cameroon and Serbia, who drew 3-3 earlier on Monday, have one each - with all three teams still in the hunt to progress.