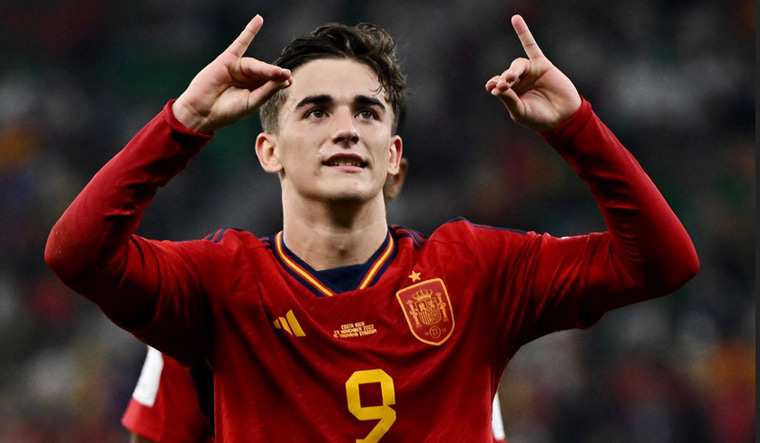 Pablo Martin Paez Gavira, better known as Gavi, is now officially a global phenomenon. “Wasn't he always”, those who have been following his development at club-level may ask. It is a fair question, for the 18-year-old has been the pride of Barcelona fans for over a year and a much-cherished youth prospect long before that. But, nothing else can quite compare with performing on the World Cup stage and Gavi's World Cup debut on November 23 was something to behold.

But, what makes him so special? The attributes that become immediately apparent on watching Gavi are his sublime first touch, his outstanding football intelligence and his confidence, bordering on arrogance. Gavi and club and country teammate Pedri—the break out star of Euro 2020 and the 2021 Kopa Trophy and Golden Boy award winner—is spoken of as the new Xavi and Iniesta. It is easy to see why.

Like Xavi and Iniesta, Gavi is a product of Barcelona's famed youth academy—La Masia (Pedri is not). And the Barcelona DNA is evident in him. There is a natural appreciation of free space and the ability to play with only a few touches, and, many times, just one touch. But, what makes Gavi stand out among the technically gifted footballers of his generation is his willingness to work hard for the team and his fierce competitiveness. This, along with his skill, makes him hard to dispossess.

Gavi's detractors have pointed out in the past that there is room for improvement in his finishing. Well, of course there is. He is 18! But, the fact remains that both his passing and shooting are already better than most of his peers. And he is clearly fine-tuning his shooting and making rapid strides in that direction—his first-time finish against Costa Rica was irrefutable evidence on the same.

It is clear that Gavi has a higher ceiling than a majority of his peers. The most crucial factors in his development are his coach at Barcelona—Xavi—and the partnership with Pedri. Though only 19, Pedri is already considered one of the best midfielders in the world. Gavi is in good company. It seems like the perfect set of circumstances for world football's newest superstar to continue his meteoric rise.