Mexico played aggressively and had the bulk of possession 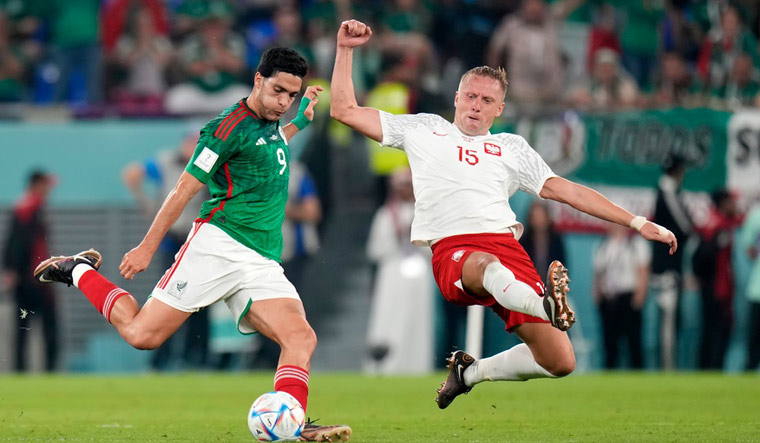 Poland skipper Robert Lewandowski missed the opportunity to clinch a World Cup tournament goal as he missed a penalty in a goalless draw with Mexico on Tuesday.

Mexico played aggressively and had the bulk of the possession, but without Raul Jimenez to lead the attack, Henry Martin struggled to score.

Poland had a chance to upset the Mexican side when it won the penalty in the 56th minute when Hector Moreno pulled down Lewandowski. However, the Polish captain saw his shot saved by goalkeeper Guillermo Ochoa.

Ochoa's Polish counterpart Wojciech Szczesny saved the day for his team a few minutes later when he denied Martin a header that was on target.

The result leaves Saudi Arabia as toppers in Group C after their stunning upset of Argentina earlier in the day.