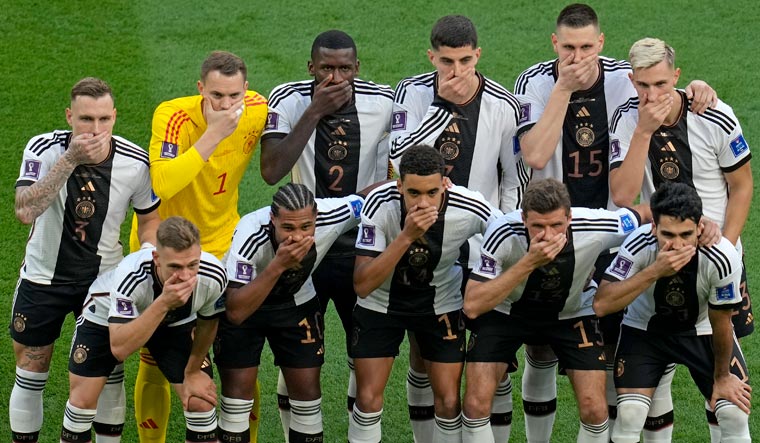 Germany's players covered their mouths for their team photo before their opening World Cup match in an apparent rebuke of FIFA's clampdown on plans to wear armbands to protest discrimination in host nation Qatar.

The team lined up in the traditional formation before Wednesday's game against Japan and each of the 11 players covered their mouth with their right hand.

It seemed to be a response to FIFA's warning to the seven European federations, including Germany's, that players would be penalized if they wore colorful One Love armbands as a symbol for inclusion and diversity. The seven team captains had planned to wear the armbands.

Qatar has been under scrutiny for its human rights record and laws criminalizing homesexuality.

Soccer's governing body issued the warning Monday just hours before the first teams were set to play with their captain wearing the armband. FIFA said the players would immediately be shown a yellow card.

Neuendorf said Tuesday it was another low blow from FIFA.