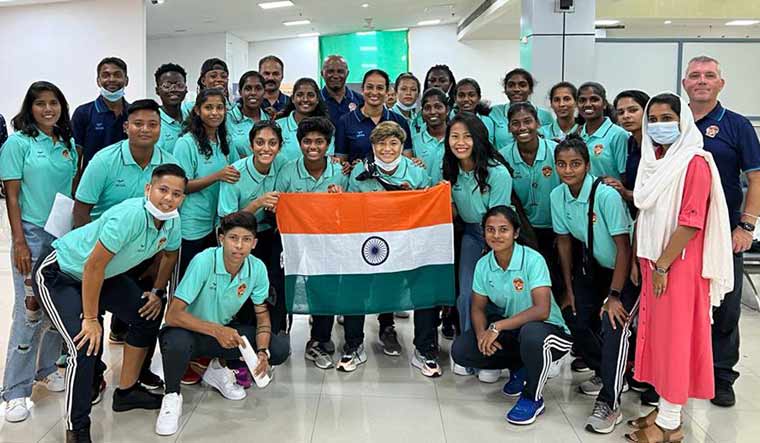 Gokulam Kerala owner V.C. Praveen on Saturday said that the AIFF's "inefficiency" cost the club lakhs of rupees after the national federation apologised to the team for its removal from the AFC Women's Club Championship owing to the 11-day ban by FIFA.

Gokulam Kerala, the reigning Indian Women's League champions, were the worst affected by the FIFA ban on the AIFF as the Kozhikode-based team was not allowed to compete in the top-tier AFC club competition in Uzbekistan.

"It is like pinching the baby and rocking the cradle. Because of their inefficiency we lost lakhs," Praveen told PTI, hours after the ban on AIFF was lifted.

The lifting of the ban on Friday will allow Indian national teams and clubs to play in competitions under the aegis of AFC and FIFA, but it was a huge loss for Gokulam Kerala as they missed out a chance to rub shoulders with the best sides in Asia. They had finished third in the last edition in 2021.

The 23-member team was left stranded in Tashkent after arriving on August 16 ahead of its opening match against home side Sogdiana-W in Qarshi on August 23 and against Bam Khatoon FC of Iran in its next round-robin match on August 26.

Gokulam Kerala have written to the AFC to reimburse the money spent on the travel of the players and support staff and on their accommodation but are yet to hear from the continental body.

"We have sent mail requesting (for reimbursement) but no response yet (from the AFC)," Praveen said.

The AIFF, on its part, apologised to Gokulam Kerala.

"#IndianFootball is back on track again after FIFA lifted its suspension on AIFF on August 26," the AIFF said on Saturday.

"While we are happy with the turn of events, we are also extremely sorry for @GokulamKeralaFC's exit from the AFC Women's Club Championship due to the suspension.

"It remains #IndianFootball's greatest loss in the last 11 days, and Indian Football owes an apology to the talented girls who had trained so hard for this event," it added.

On August 15, FIFA had banned the AIFF due to "undue influence from third parties" and had said the U-17 Women's World Cup "cannot currently be held in India as planned.

This was after a three-member Committee of Administrators (CoA) was appointed by the Supreme Court to oversee the affairs of the federation.

With the Supreme Court ending the tenure of CoA on Monday, FIFA revoked the ban on Friday, clearing the decks for India to host the Women's U-17 World Cup in October.