Krishna had 36 goals, and 18 assists in the ISL—the most for his club 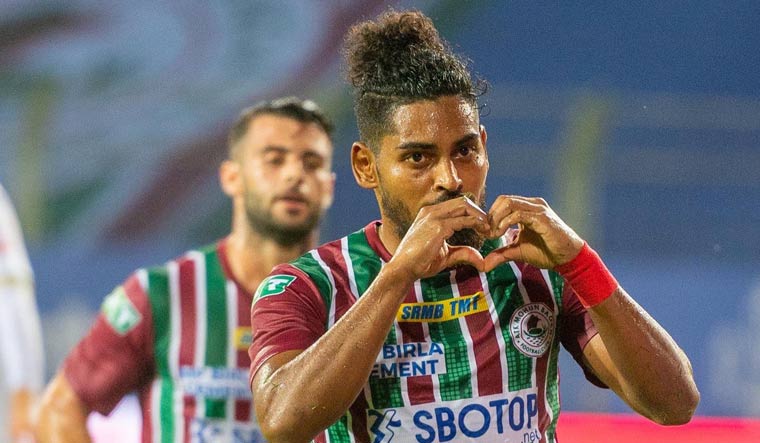 "Thank you for the memories, Roy! Goodbye and good luck!" the club announced on Twitter.

It's not yet known where the Fijian is heading to, even as it is learnt that rival club East Bengal have shown interest in him.

In his combined 60 appearances for ATK and their merged entity with Mohun Bagan, the Fijian had scored 36 goals, and assisted on 18 occasions in the Indian Super League—the most for his club.

Overall, the 34-year-old is also the all-time fourth highest goal-scorer in the history of the ISL behind Bartholomew Ogbeche (53), Sunil Chhetri (51) and Ferran Corominas (48).

Having started his journey in the ISL with erstwhile ATK in the 2019-20, Roy Krishna steered them to their third championship win with 15 strikes—the highest of the season.

The prolific striker was subsequently drafted into newly-formed ATK Mohun Bagan side the following season and he went on to become the joint-highest scorer with 14 strikes and also guided them to the final.

He also won the Golden Ball Award and 'Mohun Bagan Footballer' of the year that season.

In 2021-22, he struggled with an injury but still struck seven times and assisted on four occasions to help ATKMB to a top-four finish.

The Mariners now have a battery of Indian forwards in Liston Colaco, Manvir Singh and young Kiyan Nassiri.