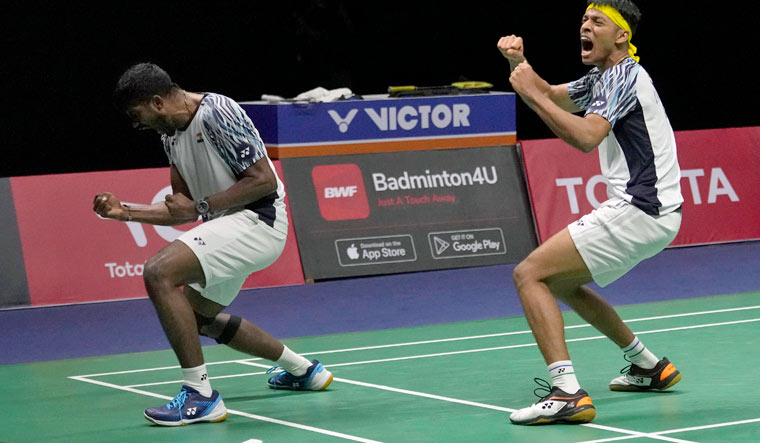 Prime Minister Narendra Modi congratulated the Indian men's badminton squad, who won the Thomas cup for for India for the first time. “The Indian badminton team has scripted history! The entire nation is elated by India winning the Thomas Cup! Congratulations to our accomplished team and best wishes to them for their future endeavours. This win will motivate so many upcoming sportspersons,” Modi tweeted.

A determined Indian men's team etched its name in the history books by lifting the Thomas Cup title for the first time with a dominant 3-0 win over 14-time champions Indonesia in the final in Bangkok, Thailand on Sunday.

Foreign Affairs Minister S Jaishankar too, congratulated the team. He wrote: Congratulate #TeamIndia for their historic win in men's Badminton in the Thomas Cup.

Union Minister for for I&B and Youth Affairs & Sports Anurag Thakur tweeted, “HISTORYCREATED ! Congratulations to the Indian men’s badminton team’s for winning the Thomas Cup! This extraordinary feat, with succesive victories over Malaysia, Denmark and Indonesia, calls for matching honour by the nation.” He further wrote, “As  #TeamIndia defeats 14-time #ThomasCup Champions Indonesia (India 3-0 Indonesia) to win its 1st ever #ThomasCup2022, @India_Sport is proud to announce a cash award of ₹ 1 crore for the team in relaxation of rules to acknowledge this unparalleled feat!