Who is Aishwarya Mishra, whom dope testers are chasing? 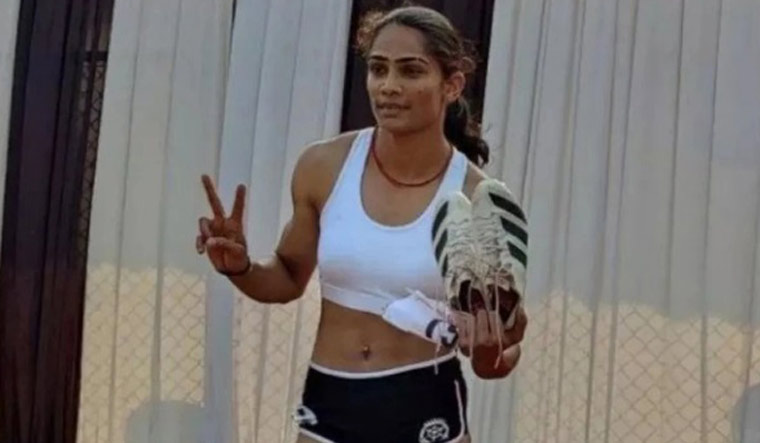 Evading dope testing agencies, Maharashtra quarter-miler Aishwarya Mishra is giving a torrid time to authorities as she has "disappeared" after winning a gold in the Federation Cup National Championships, last month.

Aishwarya, who has not won any international medal, had become the third fastest Indian quartermiler after clocking 51.18s to win the women's 400m event during the Federation Cup (April 2-6) in Kozhikode.

Courtesy her impressive effort, Aishwarya had made the cut for the World Championships in USA in July. Only Hima Das (NR, 50.79) and Manjeet Kaur (51.05) have faster times.

But since then, dope testers from the National Anti-Doping Agency (NADA) and even the Athletics Integrity Unit (AIU), an independent body established by World Athletics, have been chasing her to collect samples but could not find her whereabouts.

On the basis of her impressive time in the Federation Cup, the AFI had included her in the Indian contingent of quartermilers who were to train in Turkey as part of preparations for the upcoming major events, including Commonwealth Games, but she did not turn up for the trip.

"She is avoiding dope tests from AIU and the NADA and the AFI is not being able to trace her. Nobody knows where she is currently. She has disappeared after winning the gold in the Federation Cup," a source in the national camp told PTI on condition of anonymity.

"The AFI had to include her in the contingent for the training tour of Turkey because her Federation Cup performance could not be ignored."

The AFI and its Maharashtra unit has been trying to trace her whereabouts through her former and current coaches and convince her to join the national camp but to no avail.

Aishwarya first emerged onto the national scene with an impressive timing of 52.40s during the Mumbai University inter-collegiate athletics meet in October 2019. She joined the national camp soon after that performance and was named for the Indian contingent for the training tour of Turkey in that year itself.

At that time, her sudden improvement had raised a few eyebrows. However, she was dropped from the national camp in 2020 due to non-performance.

"Leave alone 52 seconds, she does not do sub-54s during training. She was dropped from the national camp after the Covid-19 lockdown," the source said.

Athletics Federation of India President Adille Sumariwalla said the AFI can't do much in cases relating to non-campers.

"First of all, she is currently a non-camper. We cannot do much on non-campers. So, AFI is not involved in this (dope testing of Aishwarya)," Sumariwalla said.

"She was named for the training tour of Turkey and she did not turn up, so we are trying to find out where she is currently. We want to convince her to join the national camp."

Asked if AFI can take action against Aishwarya like barring from future selection, Sumariwalla said, "It is difficult to do that, we have a rule that national relay team will be picked from among national campers."

"But it is difficult to implement it for athletes in individual events. We cannot bar athletes from competitions unless they don't reach entry standards."

"We have been trying to trace her but not yet succeeded still. She was earlier training at SAI Training Centre at Kandivali (Mumbai suburb) and I have contacted her local coach here but he also does not know her current whereabouts.

"I was told that she was in Haryana after that to train under somebody. I am under pressure (from higher ups) to find her out and I don't know what to do."

Sources said the person under whom Aishwarya trained in Rohtak, Haryana, is not her personal coach but he was sort of giving "guidance" to her. He had told the AFI that he has not been in touch with Aishwarya since early April.

It is also learnt that this person was a former athlete who was banned by the NADA for eight years in 2016 after testing positive for banned substance.

It is not the first case of an Indian athlete trying to run away from dope testing. Quarter-miler Nirmala Sheoran used to train with a personal coach outside the national camp and could not be traced for long periods. She ultimately failed a dope test and was banned for four years, besides being stripped of the gold medal she won in the 2017 Asian Championships.