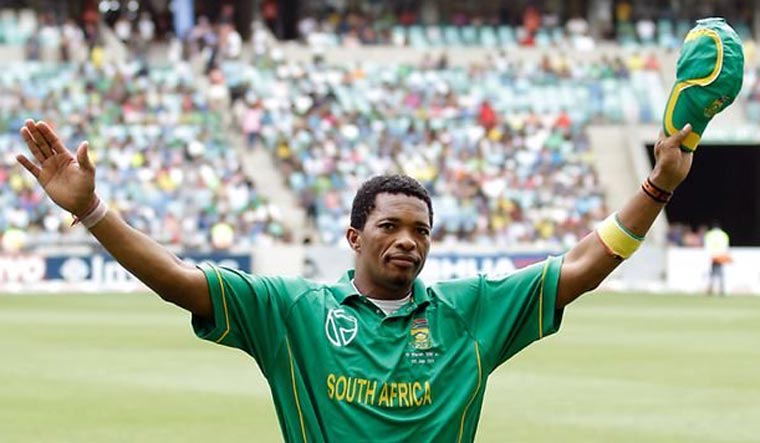 The 21-year-old Thando, a left-handed batter and a right-arm medium pacer, was part of South Africa's 2018 U-19 World Cup side.

He is training at the Swami Vivekananda School in suburban Borivali, where Rohit and Shardul have also trained.

Ntini, 44, who has played 101 Tests and has 390 wickets, was in search of a good coach for his son when he learnt about Lad, a well-known name in the Indian domestic circuit.

"Actually, he (Thando) came through one of my Railways student. He was a masseur of the South African team for the Legends tournament and he knew Makhaya.

"Right now there is off-season in South Africa and Thando was sitting idle. So Makhaya got in touch with my railway student asking whether there was any good coach in India. My student in turn suggested my name. And that is how he came to me," Lad told PTI on Thursday.

"We started his training from Wednesday and I rectified his couple of mistakes. He will be in Mumbai till June 2, training with me and the teenager terms the assignment as a challenge," said Lad, who added that he isn't taking any fees from the South African.

"He might play for his country. He looks focused and wants to become a good cricketer. We have been told not to give him anything luxurious and he is residing at an ordinary hotel.

"He is a good learner. Today he wasn't able to balance while batting, so I guided him about it," added Lad.

According to Lad, in the near future he may guide the sons of former West Indian all-rounder Carl Hooper and ex-Australian player Andrew Symonds.