Ronald Koeman to return as Netherlands coach after World Cup 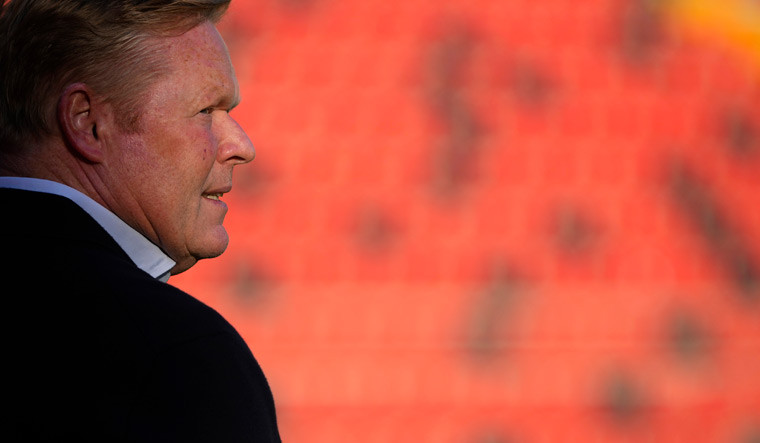 Ronald Koeman will take over as the head coach of the Dutch national team once again from next year following current coach Louis van Gaal's prostate cancer diagnosis.

The Royal Dutch Football Association (KNVB) has confirmed that Koeman will return to the Netherlands dugout, three years after he left it to manage his former club Barcelona.

“I am looking forward to the new collaboration. A little over a year and a half ago, I certainly did not leave the Dutch national team out of dissatisfaction," he said after the announcement. "My stay felt good, the results were good and the click with the internationals was good. We will soon continue on that path. That is certain for me.”

Koeman, 59, took over the national team reins in 2018, and helped the team qualify for the Euro 2020, their first major tournament since the 2014 FIFA World Cup.

At Barcelona, Koeman coached for about a year-and-a-half during which time the team slumped to an all-time low and he was sacked in October 2021 after a poor start to the new season. Xavi replaced Koeman and has revived the club since then.

Van Gaal has been in charge at the Netherlands top job only for nine matches so far, and is expected to stay as the coach until the 2022 World Cup in Qatar. This is the 70-year-old's third stint as Netherlands head coach.

The former Manchester United manager had revealed Monday that he is undergoing treatment for prostate cancer, but plans to continue as coach of the national side until the World Cup that begins in November this year.

The Netherlands, which missed out on qualifying for the 2018 World Cup, are drawn in Group A alongsides Ecuador, Senegal and hosts Qatar.