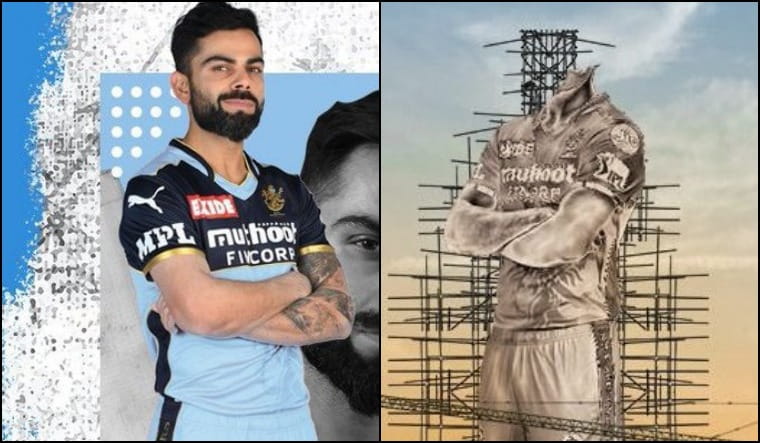 Indian Premier League side Royal Challengers Bangalore has announced that the franchise's new captain will be revealed on March 12 at a public event on Bengaluru's Church Street.

“The beginning of a new era of leadership requires a BIG stage,” RCB said in a tweet.

“Who is the captain of RCB for #IPL2022? Come find out on 12th March at the #RCBUnbox event on Museum Cross Road, Church Street.”

The beginning of a new era of leadership requires a BIG stage. 😎

Who is the captain of RCB for #IPL2022? Come find out on 12th March at the #RCBUnbox event on Museum Cross Road, Church Street. 🤩💪🏻#PlayBold #UnboxTheBold #ForOur12thMan pic.twitter.com/HdbA98AdXB

Though new recruit and former South African national team captain Faf du Plessis is tipped to be the new captain, fans pointed out that the RCB post that had illustrations of the new captain's statue under construction were taken from old pictures of Virat Kohli from RCB's photo shoots.

It sparked a frenzy on Twitter, with fans asking if Kohli would take back the captaincy, but it is unlikely that the franchise would do it.

Virat Kohli has been captain of the team since 2013 and stepped down from the post after the 2021 season citing “immense workload”. The announcement came a week after he renounced captaincy of the national T20 team too.

Kohli had led the team to the 2016 final, where Bangalore lost to Sunrisers Hyderabad. RCB reached the playoffs of the 2021 season, but lost to Kolkata Knight Riders in the Eliminator, which was Kohli's last match as captain.

Another candidate for captaincy is Glen Maxwell, who was the top runscorer for the side last season.

Du Plessis has been a star for Chennai Super Kings and won the trophy with the team last year. The Chennai side attempted to retain him during the recent auction but gave up and he was snapped up by RCB.

Ever since his purchase, he has looked like the likely successor to Kohli.