FIFA The Best: How Lewandowski finished ahead of Ballon d'Or winner Messi

The Polish striker missed out on the 2020 Ballon d'Or 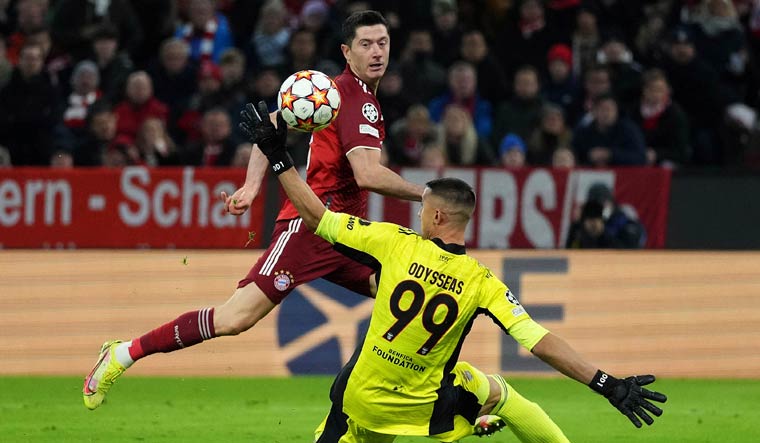 When Lionel Messi was announced winner of the 2021 Ballon d'Or, football fans and pundits were divided over whether he really deserved it. Polish sniper Robert Lewandowski not only had a brilliant goalscoring year, but was “robbed” of the award the year before, when it was cancelled due to the pandemic.

Messi captained Argentina to its first Copa America victory in 2021, which led to the overwhelming response in votes by national team captains, coaches and mediapersons for the Ballon d'Or. But Messi himself admitted, during his victory speech, that Lewandowski should have won the award the year before.

In 2020, Lewandowski was the top scorer and assist provider as Bayern Munich won the Champions League. With the Ballon d'Or cancelled, he went on to win the FIFA award for the year, making the 2021 award his second consecutive one.

He scored the most club goals in all competitions by any player in one of Europe’s top five leagues in each of the last three calendar years.

The voting for the FIFA award is similar to that of the Ballon d'Or, with one difference. With The Best awards, fans around the world get to vote too. Their votes account for 25 per cent of the total points.

Messi's lead among fans was offset by the votes given to Lewandowski by the captains, coaches and journalists. The first picks are given five points, the second, three and the third one point.

All things considered, Lewandowski got a weighted total of 48 points, Lionel Messi 44 and Salah 39.

It was one of those years where there was no obvious winner or a player whose season stood out among the rest, which is probably why the two top awards were awarded to different players.