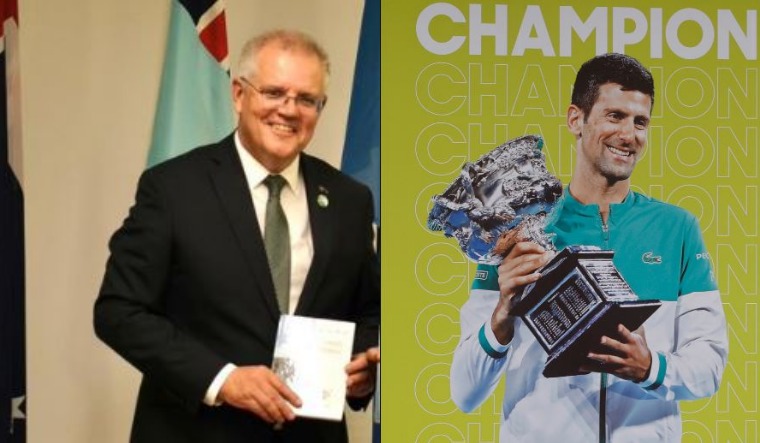 Djokovic was deported from Australia on Sunday after a federal court overturned his appeal to stay and compete in the Australian Open. As a result, Djokovic missed out on this year's Australian Open. Under Australia's immigration rules, Djokovic cannot be granted another visa for three years.

On Monday morning, Morrison told 2GB, an Australian radio station, that Djokovic could get an exemption. “I'm not going to pre-condition any of that or say anything that would not enable the [Immigration] minister to make the various calls he has to make. [The ban] does go over a three-year period, but there is the opportunity to return in the right circumstances, and that will be considered at the time,” Morrison was quoted as saying by BBC.

BBC reported, “Australian law provides for compelling or compassionate reasons for the three-year visa ban to be waived. If the exemption is granted, it means Djokovic could compete in the next Australian Open.”

Djokovic was the defending champion at the Australian Open and was eyeing a record 21st Grand Slam title.

The Djokovic saga had also triggered a diplomatic row between Australia and Djokovic's native Serbia. “Australian Foreign Minister Marise Payne said on Monday that she and Morrison had been in touch with [Serbian Prime Minister Ana] Brnabic during the legal process last week,” Reuters reported. Payne said, “I am absolutely confident that the very positive relationship, bilateral relationship between Australia and Serbia will continue on the strong footing that it currently enjoys.”