Vihari, Iyer might have to wait for regular chances: Dravid 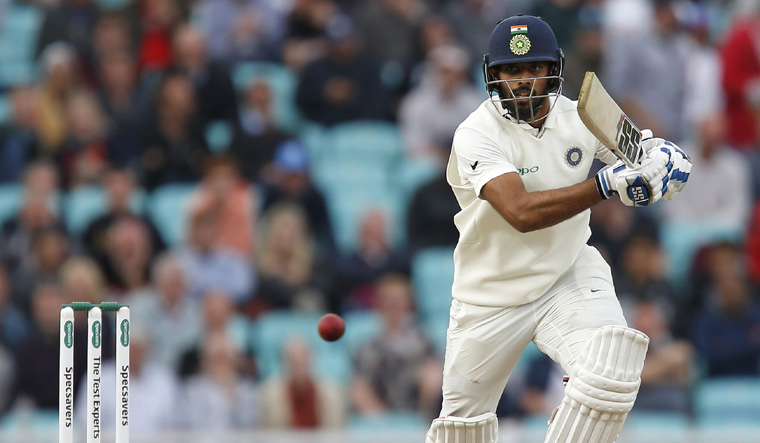 Rahul Dravid never believed in "rocking the boat" and is certainly not going to change his template of giving the longest rope possible to Cheteshwar Pujara and Ajinkya Rahane even if Hanuma Vihari's wait for regular chances gets a tad longer.

Vihari, Indian cricket's 'Tough Runs Man', has never had it easy in terms of chances as he has played only one of his 13 Tests at home and it was skipper Virat Kohli's back spasms and Shreyas Iyer's stomach bug that opened the door for another chance. The Hyderabad man did his bit in the second innings with an unbeaten 40 in India's target of 240 for the Proteas.

"Firstly, I must say Vihari played really well in both innings. In first innings, he got a nasty one and unfortunately for him, it popped up and fielder just got his finger tips to it and really got a good catch. He batted beautifully in the second innings and that gives us confidence you know," Dravid was effusive in his praise for Vihari.

He also took the opportunity to praise Shreyas Iyer, another strong middle-order contender. "Shreyas (Iyer) obviously done that two or three Test matches ago and he has obviously done that and they have just got to take heart from the fact that whenever they are getting opportunities, they are doing well and hopefully their time would come."

But that doesn't mean that he will be preferred over and above a Rahane or a Pujara in this set-up with Kohli set to comeback in the next game, Dravid made it pretty clear.  In fact, without naming, he cited examples during his playing days when the middle-order was jam-packed and guys like Kohli, Pujara and Rahane had to wait for a year or two before being Test team regulars. "If you look at some of our guys, now senior players, and being sort of considered, senior players, they have also had to wait for their time and also have had to score a lot of runs at the start of their careers."

Dravid does have a transition and phase-out plan but like everything has its own opportune time, this will also have to wait. "So, it happens (wait) as its nature of the sport," he said

Dravid confirmed that fast bowler Mohammed Siraj hasn't recovered from the hamstring injury sustained during the second Test and it can't be said with certainty that he will be available for the final game starting in Cape Town from January 11. "Siraj is not fully fit and we need to check going forward what is his fitness status. In the next 4 days, whether he can get fit and physio will be doing scans.

"As far as Hanuma Vihari's on-field hit is concerned, I am not in a position to tell the extent of injury as I haven't had a detailed chat with the physio." Siraj's injury did pose a problem while defending a neither here nor there kind of target which 240 was. "Losing Siraj (was a factor) as he wasn't 100 per cent in the first innings," said Dravid while lauding the fast bowler's heart to even bowl when he was injured. "We had the fifth bowler and we couldn't use him as much as we would have liked in that first innings and it did affect our strategy."

Starting the fourth afternoon's proceedings with Ravichandran Ashwin did draw a lot of flak but the head coach defended the decision. "I guess we saw the ball spinning on third day for Ashwin and we wanted to get him into action till the ball was dry and see if he gets some spin in first few overs. "As ball got wet (due to wet outfield), it was difficult for a spinner to get into the game. He (Ashwin) bowled a really good spell on the third day. The gamble was to try and give him the dry ball," the coach explained.

Dravid, who had already spoken about how batters should seize key moments, didn't agree that not having practice match could be an excuse.  "We prepared as well as we could in these COVID situations and fact that we didn't have a three-day game, ...really don’t have excuses apart from fact that we played well in first Test and SA outplayed us in this game."