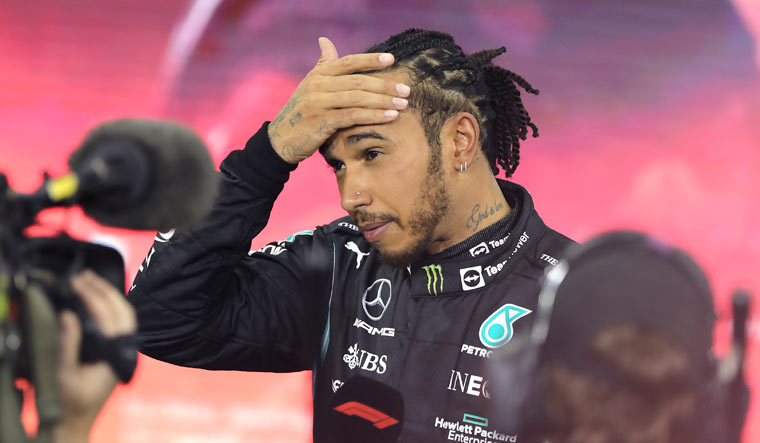 Formula One driver Lewis Hamilton will be knighted on Wednesday, days after the end of the 2021 F1 season, in which the Mercedes driver lost out on an opportunity to win a record eighth F1 championship.

Hamilton was named in the New Year Honours list in 2020 after a long delay despite being one of the most successful sportsmen in the history of the United Kingdom.

The 36-year-old was reportedly overlooked several times due to pending tax cases. He was eventually awarded in the overseas list having relocated to Monaco in 2010.

Big moment for @LewisHamilton this week — he will be knighted this Wednesday at a Windsor Castle investiture. According to a Buckingham Palace media release, Hamilton will receive the Honour of Knighthood for “services to motorsports”. pic.twitter.com/lR3Nlcf9E5

The Brit, who equalled Michael Schumacher's record of seven world titles last year, will be knighted at an investiture ceremony at Windsor Castle for his services to motorsports.

Hamilton was made a member of the order of the British Empire in 2008 after his first championship victory.

On Sunday, Hamilton was edged out by Dutch driver Max Verstappen in a pulsating yet controversial season finale in Abu Dhabi.

Hamilton and Verstappen were level on points after 21 races in 2021 and the title fight went down to the last lap of the final race, when the Red Bull driver overtook Hamilton, benefitting from a sudden change in decision by race officials to withdraw the safety car in the final lap.

Though Mercedes registered a formal protest, it was rejected by race stewards, ensuring Verstappen won his first world championship.

Despite the loss, Hamilton was gracious in defeat as he congratulated his rival, with whom he clashed—physically and verbally—multiple times over the year.

Hamilton was made a member of the order of the British Empire in 2008 after his first championship victory.