'We are not focused on our past,' he said of Pakistan's record against India in WCs 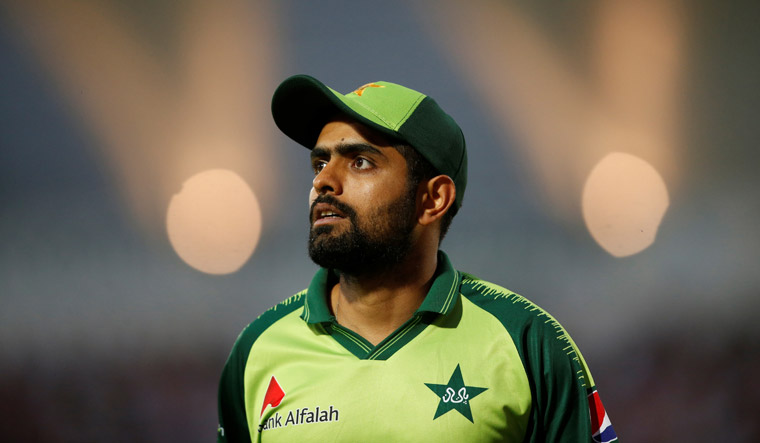 The burden of Pakistan's record at World Cups, be it 50-over or Twenty20 cricket, lies heavily on the current team's shoulder. That Pakistan has never beaten India in an ICC World Cup tends to weigh the odds heavily in favour of its neighbouring rival.

Babar Azam, captain of the Pakistan team, was asked about this one-sided win-loss record and he tried to brush it aside. But it does stick out. India have beaten Pakistan in all of their 12 encounters at the T20 and 50-over World Cups.

Speaking to the media ahead of Sunday's marquee match, the Pakistan skipper said: "To be honest, we are not focused on our past. We are focused on the present. We have the strength and ability and confidence. If we apply these on the given day, we will play good cricket. You have to keep things simple as much as possible. Stick to the basics as a team, then only you will play well. And you need to stay calm. Records are meant to be broken."

Pakistan come into the tournament with 12 wins in a row in T20Is. Its record in UAE is most impressive, too.

Announcing the 12-man squad for tomorrow's game against India, Azam picked the experienced Shoaib Malik and Mohammed Hafeez, while leaving out former captain Sarfaraz Ahmed along with Mohammed Wasim Jr and Mohammad Nawaz.

Azam said the team management considered Sarfaraz while deciding the 12 for the India match as he plays spin well but decided to go ahead with Shoaib Malik, who also plays the slower balls well. Malik will also be handy as a bowler.

The 27-year-old Azam said the team's batting is its main strength as against the tradition of Pakistan's bowling department carrying the team. The bowling is no lightweight either, spearheaded by the likes of Shaheen Shah Afridi and Hasan Ali. "Our [batters] have been doing well and are in good touch," said Azam.

On the team playing on three different types of wickets in Sharjah, Abu Dabhi and Dubai during the course of the Super 12s, Azam said it would not take much to adjust to the conditions.

“It is not so difficult. Whatever cricket we have played here, we know the conditions well. We are also used to the travelling. Our focus is on cricket alone. It is a big event and we cannot afford to relax at any point in time.”

Azam said the first game of any big competition is always key for a team to get off the blocks well and it did not make a difference whether it is against India or any other team.

“We are looking to get off to a good start, the first match is always crucial. It is important to make an impact in the competition. We have full confidence in our combination.”