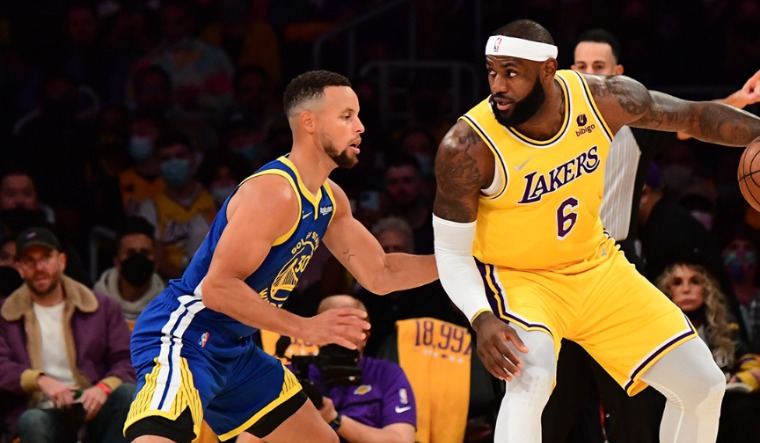 The Lakers dominated the first three quarters before the Warriors rallied from behind to win 121-114. Curry recorded his first triple-double since 2016 with 21 points, 10 assists and 10 rebounds, though he later admitted he “played like trash” in an error-strewn performance by the Warriors.

The team displayed resilience despite their mistakes, to upset the new-look Lakers side. LeBron and Anthony Davis combined to score 67 points, but it was not enough.

Russell Westbrook made his much-awaited debut for the Lakers but turned out to be a miserable game for him, scoring just eight points with a shot success of just four in 13 attempts.

The Lakers had made several changes to the side after falling in the first round of the playoffs last year, bringing in former MVP Westbrook and Carmelo Anthony.

Warriors are eagerly awaiting the return of long-absentee superstar Klay Thompson, who is expected to be back midway through the current season.

Bucks off to a flyer

Newly crowned champions Milwaukee Bucks unveiled their first championship banner in 50 years as all the winners were handed their title rings, ahead of their crushing win over East Conference giants Brooklyn Nets.

Khris Middleton and Pat Connaughton each contributed 20 points as Jrue Holiday had to sit out the second half with a bruised heel.

Nets’ star Kevin Durant’s 32 points and 11 rebounds and James Harden’s 20 points were indicative of the class of the two players.

The Nets were without influential point guard Kyrie Irving, who has caused a storm in the league for his refusal to take the Covid-19 vaccine. The Nets have frozen him out of the team for it, banning him from play and practice.