Dhoni was appointed in the new role last month 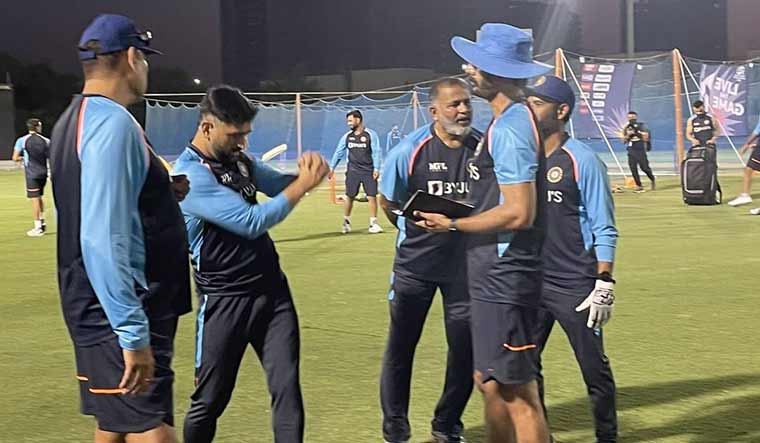 The iconic Mahendra Singh Dhoni on Sunday joined the Indian team camp as its mentor for the T20 World Cup, two days after leading Chennai Super Kings to their fourth IPL title here.

Dhoni was appointed in the new role last month.

"Extending a very warm welcome to the KING Crown @msdhoni is back with #TeamIndia and in a new role!" the BCCI tweeted with two pictures of the legend alongside Team India coaching staff, including head coach Ravi Shastri, bowling coach Bharat Arun and fielding coach R Sridhar.

Dhoni, regarded as one of India's best-ever captains, led an ageing CSK brigade to its fourth IPL title, beating Kolkata Knight Riders by 27 runs in the IPL final on Friday night.

The 40-year-old Dhoni's new role as mentor of Team India is limited to the T20 World Cup.

India will play two warm-up matches before they begin their campaign.

The Virat Kohli-led side will take on England in their first warm-up clash on Monday and then face Australia in another practice game on Wednesday.

India will open their campaign in the tournament proper with a much-anticipated clash against arch-rivals Pakistan in Dubai on October 24.