Italy, Spain, Belgium and France will vie for the 2021 Nations League crown 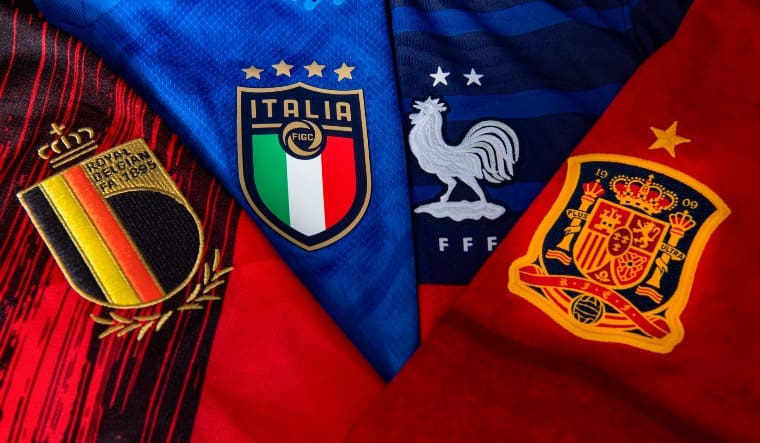 The football international break is here. While most countries will be looking to progress in the 2022 World Cup qualifying phase, four of Europe’s biggest teams—Italy, Spain, Belgium and France—will take part in the semifinals and final of the UEFA Nations League competition.

Italy hosts the Nations League Finals this year, and will be hoping to take home their second trophy of the calendar year after winning the Euro 2020.

Portugal won the inaugural edition of the new tournament last year. Italy will take on Spain Wednesday night, while Belgium and France will meet in the other semifinal Thursday night.

The final will take place on October 10 at Milan’s San Siro.

As the Belgium national team has not won any major competition in its history, any tournament could be the last chance for its ‘golden generation’ to finally win a trophy.

They will take on defending world champions France, to whom they had lost in the semifinal of the 2018 World Cup.

Denmark and Germany, who top groups F and J, will seal their berths at the Qatar World Cup with wins in their two matches this week.

England also stand a chance to seal automatic qualification this week if they beat Andorra and Hungary and if other results in Group I go their way.

Cristiano Ronaldo returns from suspension to lead the Portugal team against Luxembourg. Portugal will also play a friendly against Qatar.

The qualifier involving Brazil and Argentina had been disrupted last month when Brazilian health authorities invaded the pitch as four Argentine players had evaded quarantine restrictions.

The two teams will be back in action this week as Brazil takes on Venezuela and Argentina face Paraguay.

Brazil has 24 points and Argentina 18 from the eight matches they have played.

Uruguay in third place with 15 points will take on Colombia, who are fifth with 13 points.

The top four teams from the CONMEBOL qualifications will get automatic qualification, while the fifth team will go into a playoff round.