'Beautiful game is over': Neymar reacts to Paqueta getting booked for a rainbow flick

Neymar had been booked for the same 'offence' last year 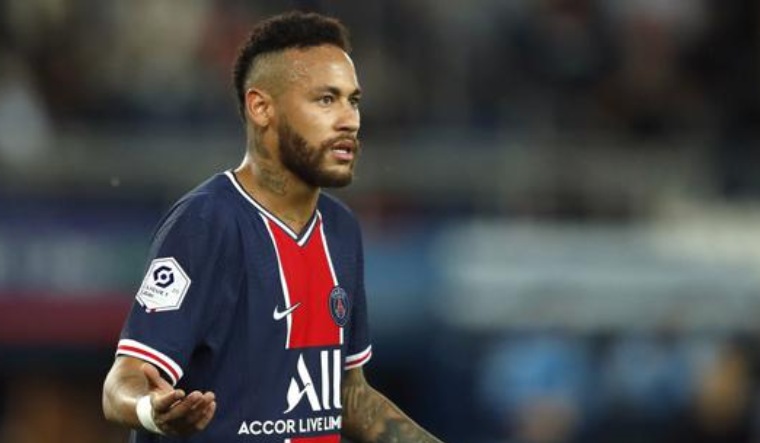 Neymar has reacted angrily to Lyon player Lucas Paqueta getting penalised for attempting a rainbow flick during a French league match. The Paris St Germain attacker took to Instagram to vent his frustration that “beautiful football is over”.

Paqueta is Neymar's Brazil teammate and the two of them have a bag of tricks from which they often pull off audacious moves on the field—a common feature in their home country.

But in a game against Troyes, when Paqueta attempted to flick the ball over the head of opponent Giulian Biancone, match referee Stephanie Frappart took a dim view of the move and brandished a yellow card to the Brazilian.

Though the flick is not officially considered an offence, in France, a referee is allowed to book a player if they feel he is “mocking” an opponent. The referee takes a call on whether an action is bookable or not depending on the context of the situation.

In most cases, referees book players who 'mock' or waste time towards the end of a game, when their team is leading by a large margin. In this case, Lyon were up 3-1.

“This episode is very, very sad, receiving a yellow card for a dribble,” Neymar wrote on an Instagram story, with a screenshot of the game. "The technical gesture is a solution, no matter where it takes place and no matter what minute it is performed."

“The same thing happened to me last season. This year, it has happened to Paqueta. Honestly, I don't understand the reasons. The famous 'Joga Bonito' [beautiful game] is over. Enjoy while it lasts,” he wrote.

Last year, during PSG's 5-0 drubbing of Montpellier, the referee had booked Neymar for a similar action, which angered the player. He confronted the officials at half-time, criticising them for not allowing him to play his natural game.

“I just play football,” he wrote on Instagram after that game.

Neymar will be seen in action this weekend for PSG's game against Montpellier, following which he will face Manchester City in a mid-week Champions League group stage match.