She beat Leylah Fernandez 6-4, 6-3 for her first Grand Slam title 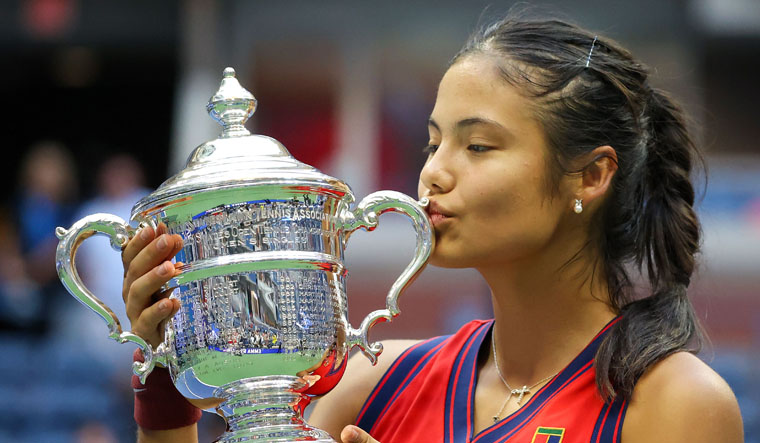 Emma Raducanu completed her historic run through the US Open by beating Leylah Fernandez 6-4, 6-3 for her first Grand Slam title.

Raducanu was already the first player in the professional era, dating to 1968, to come through the qualifying rounds to reach the final of a major tournament.

The 18-year-old from Britain then won it, becoming the youngest Grand Slam champion since 17-year-old Maria Sharapova at Wimbledon in 2004.

In just her second Grand Slam tournament, Raducanu ended the tournament as the first player since Serena Williams in 2014 to not drop a set in the US Open.

She closed out the match after needing a medical timeout during her service game for treatment after cutting her knee.

Fernandez knocked out three top-five players en route to the final but couldn't find the energy for a comeback after playing four straight three-set matches.