'Important we don't get too comfortable': Root ahead of Oval Test 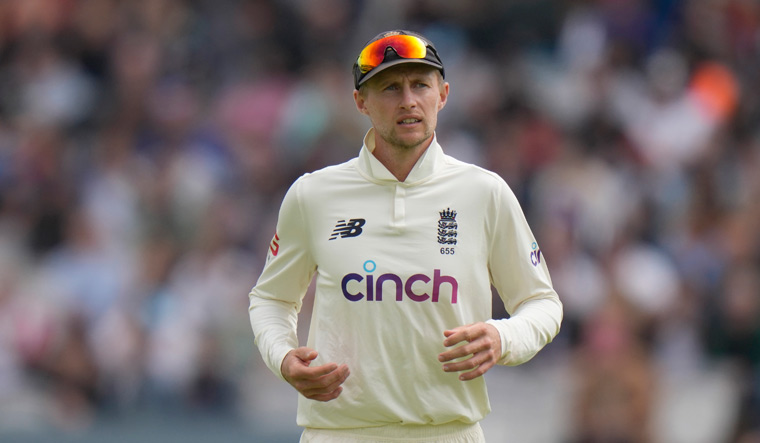 Skipper Joe Root, who led England to a series-levelling win at the Headingley, expects an Indian backlash in the penultimate Test and said they're ready for all combinations, including facing the "world class" Ravichandran Ashwin at Oval.

India had grabbed a 1-0 lead in the five-match series after beating England by 151 runs at Lord's but England came back to level the series with an innings and 76 run win in the third Test.

"A world class team like India, led by Virat (Kohli); I expect nothing less than a response and we'd be naive to think otherwise," Root said during a virtual press-conference.

"That's why I think it's really important that we don't get too comfortable, we don't think that we've achieved anything at this point, we've just got ourselves back to level playing."

Trusting Ravindra Jadeja's batting ability more than Ashwin, India skipper Virat Kohli had ignored the ace offspinner for the first three Tests but heading into the Oval Test from Thursday, the call for his inclusion has once again gained voice.

"His record speaks for itself, he's a world class player. We've seen him score runs and take wickets against us, we know what he's capable of in Test arena," Root said when asked if he's surprised that Ashwin did not play the first three Tests.

Ashwin, who is four wickets shy of joining Harbhajan Singh as the second best Indian spinner in Tests behind Anil Kumble, last month took a six-wicket haul in a County Championship game for Surrey at the Oval.

He was also India's best bowler in the World Test Championship final against New Zealand in Southampton in June.

"We will certainly be making sure that we're prepared for the challenges that he poses coming into this Test match, along with other combinations that they might throw at us," Root said.

"But, ultimately, you can get wrapped up and you can end up playing the player. So, it's really important that you just play the delivery and to the situation that you find yourself in.

"Whoever it is that we face up against this week, it's about playing the ball that's right in front of you and not to the reputation."

Kohli is in the middle of a rare lean patch as the Indian skipper has managed just one half-century and Root credited his bowling group to keep him "quiet".

"A lot of credit has to go to our bowling group. First and foremost, Virat is world class, there is no doubt about that," Root said.

"That's why the credit has to go to our bowlers, to keep him as quiet is an extremely good effort from the bowling group, it's something we have to continue to do if we want to win the series.

"For now, we have found ways to get him out so we got to keep trying to find ways of building pressure and keep in him quiet. Hopefully that relentless pressure is something that we can contain moving forward."

After their embarrassing defeat at the Lord's, England put up a ruthless display in the third Test to rout India for 78 runs and then Root's majestic 121, his third hundred of the series, sealed a 76-run win for the hosts.

"More than anything, we were very pleased with how we've grown into the series," he said.

"We've worked extremely hard to get to one-all in the series. We got to look to go even further, dig a little bit deeper, and really start to go through the gears.

"From the bowling perspective we were pretty much flawless, we hit the right lengths early on and then managed to do that for long periods of time throughout the whole game."

Root will have a selection headache with the return of injured pacers Mark Wood and Chris Woakes, while their regular wicketkeeper Jos Buttler will miss the penultimate Test to be with his wife, who is expecting their second child.

In Buttler's absence, Jonny Bairstow will don the wicket keeping gloves and it remains to be seen if Ollie Pope fills up the vacant spot at his home venue.

"It's fantastic to have both (Woakes and Wood) available and it adds strength to what has been a very confident squad right now. We will see how they pull up and take a call taking account of the conditions."

The win against India made Root the most successful Test captain for England with 27 wins in 55 games, surpassing the likes of Michael Vaughan (26), Andrew Strauss (24) and Alastair Cook (24).

Vaughan, however, has commented recently that you won't be considered a truly great captain, until you win the Ashes which "matters above all else".

England's last away Ashes victory came in 2010-11 under Strauss. Under the 30-year-old Root, who took over from Cook in February 2017, they are yet to get their hands on the Urn either at home or away.

"In terms of what other people think of me as a captain is sort of irrelevant. My job is to do the best I possibly can for the period I'm in the role and that will never change," Root said.

"I think as an England captain, you are always judged on how you do in the Ashes. I think more than anything I need to make sure that we try and win this series first. It's a huge series for us. And then we'll turn our attention to Australia, something that we've been planning for a long time."

Root said the Ashes is something which every captain aspires to win.

"It's certainly something that everyone wants to do is to go to Australia, it's something you're always desperate to have as part of your career.