WATCH: India will get a lot of medals in wrestling, says Sakshi Malik on ‘Namaste Tokyo’

Olympian recalls her 2016 victory and what drove her to succeed 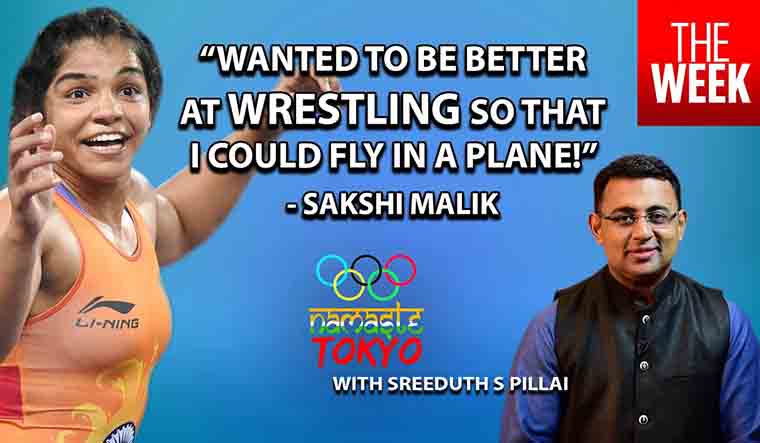 It can be intimidating to be among a country’s last medal hopes at an Olympics. For Sakshi Malik at the 2016 Rio Olympics, however, she turned the sense of pressure that comes with seeing your seniors and peers get eliminated into a source of inspiration.

“I told myself that I had to do my best. When all the seniors are not doing well, why take more pressure yourself,” she tells sports broadcaster Sreeduth S. Pillai in Namaste Tokyo.

That attitude helped her net India’s first Olympic medal for a female wrestler, winning bronze at the 2016 Summer Olympics.

“I fought freely because I knew I had a future ahead of me. I had everything to gain and nothing to lose,” she said.

She shared an interesting anecdote about how she initially got into wrestling with the promise that, if she got good at it, she would be able to fly in an airplane—a dream she certainly went on to achieve.

She shared some insights into the Olympic spirit: Her determination to do her best saw her earn her winning points in the last 4-5 seconds of her match. And, after she lost her match against Valeria Koblova, she hoped her opponent would make it to the final. “After I lost to that Russian wrestler, I was keenly following her progress. I saw all her matches. When she reached the final, I got hope again.”

What is it like to play a medal-deciding match at the Olympics? “Those six minutes of a bout, you don’t get time to think. The only thing on your my mind was that the clock was ticking and I had to stop her,” she says. “I had to fight till the last moment. I knew that if I get tired, she would also be tired.”

On India’s chances of wrestling in these Olympics, Sakshi is optimistic. “Including all the Olympics till now, I will tell you right now that the most number of medals will come in wrestling. There are a lot of contenders, be it Bajrang, Vinesh, Rabi or the juniors who are doing really well,” she says.

You can watch the full and final episode of Namaste Tokyo on YouTube.