Ashleigh Barty: From tennis to cricket, and back 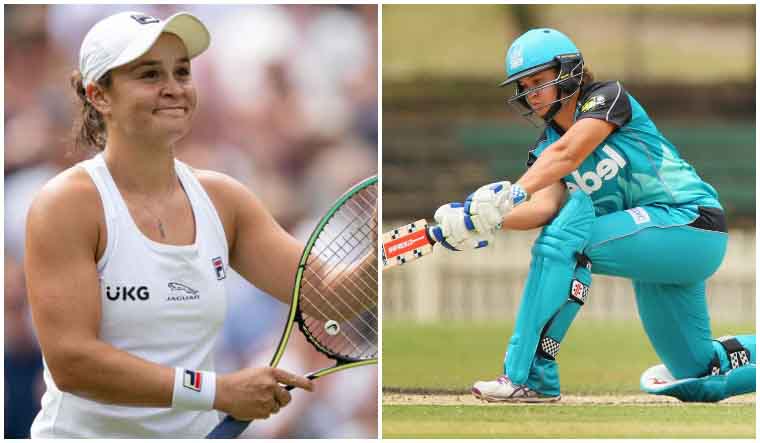 There aren’t (m)any sportspersons who have taken a break in their professional career, dabbled in other sports, and then come back to their original choice and lived to tell the tale. Ashleigh Barty is one such rarity.

The 25-year-old was the junior champion at Wimbledon a decade ago, before she took a break from tennis in 2014, citing lack of interest in the sport and burnout. But guess what she did during the time away from her professional sport? She simply traded her tennis racquet for a cricket bat!

Barty, who became the first Aussie woman to win the Wimbledon senior singles title in more than four decades, beating Karolina Pliskova 6-3, 7-6, 6-3 today, turned heads with her decision to switch to cricket six years ago. She was drawn to cricket after meeting with the Australian national women’s cricket team.

She joined the Western Suburbs in the Brisbane Women's Premier Cricket competition. In her debut T20 match itself, she scored an unbeaten 63 and took 2 for 13 in four overs, despite no competitive experience.

Her performance impressed Brisbane Heat and, in 2015, she was signed up for the inaugural Women's Big Bash League season. But her cricketing career never really took off – she could manage only 68 runs in nine matches at the WBBL. She also turned up for Queensland Women in the Women’s National Cricket League.

Despite her modest exploits on the cricket field, she coached the U-15 Cricket Australia XI!

She was back in the tennis fold in 2016, and she hasn’t looked back since. 2017 was the year that shaped Barty. From being outside the top 200 in January that year, she ended 2017 inside the top 20, and won the Malaysian Open – her first singles event.

Now, the world no. 1 Barty has 11 singles titles and 11 doubles titles on the WTA Tour, including a 2019 French Open win as well as a Grand Slam doubles title at the 2018 US Open with CoCo Vandeweghe.

Barty’s Wimbledon 2021 title, interestingly, came on the 50th anniversary of the first Wimbledon win for Evonne Goolagong Cawley, an Indigenous Australian like Barty and her idol. Cawley won it again in 1980. Barty had paid tribute to the tennis icon by wearing a dress inspired by her 1971 Wimbledon outfit. The scallop-hemmed skirt had flower accents along the right side - an exclusive design by FILA Tennis.

"I hope I made Evonne proud," Barty said after the win today. She surely did. Not just Evonne but also her former club Brisbane Heat, who took to Twitter to congratulate one of their own.