Indian Olympic shooting contingent to leave for Tokyo on July 16

The team will leave from Croatia, where they have been training since May 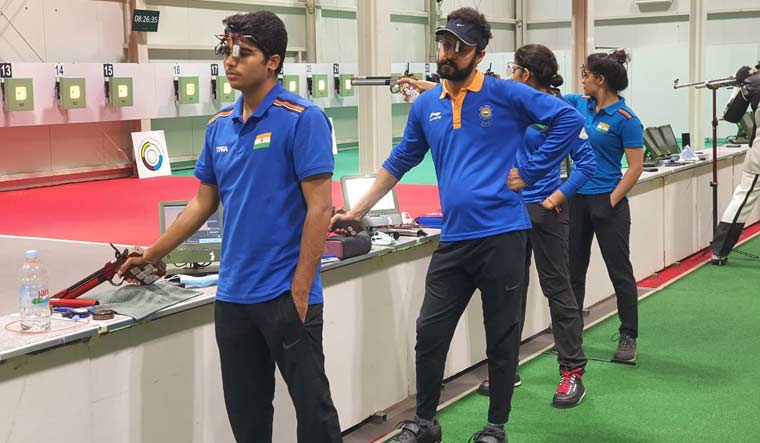 Currently in its last leg of the long competition-cum-training tour of Croatia, the Olympic-bound Indian shooting contingent will leave Zagreb for Tokyo on July 16 and reach the Japanese capital the following day.

In Tokyo, the shooters and their support staff are likely to be in quarantine for three to four days as they are entering Japan from a country where the COVID-19 situation is under control.

The Olympics are scheduled to be held in the Japanese capital from July 23 to August 8.

“Since they are not in India (where the the number of COVID cases was high when the shooters left for Croatia in May), they will not be required to do a long quarantine, which is mandatory for those travelling directly from India,” a National Rifle Association of India (NRAI) source told PTI.

“The contingent is leaving on July 16 and reaching Tokyo on July 17. It is going to be a long journey, but I think there will be a transit,” he said.

India's shooting contingent, including some of the country’s biggest medal prospects at the Tokyo Games, had left for Zagreb on a charter flight on May 11 for their final stretch of preparations for the Olympics.

The plan was always to head straight into the Olympics from Zagreb.

Meanwhile, the shooters and their coaches are doing all they can to ensure they enter the Games in the right frame of mind, having done exceptionally well over the last few years.

The team, however, could not set the stage ablaze in the recently-concluded ISSF World Cup in Osijek, Croatia, where it won one gold, a silver and two bronze medals for a 10th place finish, not a great result considering the shooters' excellent run in recent times.

One of the coaches, who is with the team in Croatia, asserted that the team is headed in the right direction.

“The coaches are working on their game, helping them with their inputs. Skill-wise, they are proven shooters with some great results backing them. And their mindset is also not at all a problem heading into the Games,” the coach said.

“Shooters who are competing in one event are generally training one session in the fray and those going to take part in two events are doing two sessions. The coaches have developed specific plans for the shooters and they are being followed religiously,” he added.

Asked about reports that the pistol team's long-time foreign coach Pavel Smirnov got into a dispute with the security at the training venue's entry gate, an NRAI source called it a small issue that has been sorted.

“Yes, there was an issue but it was small. The security and the coach got into an argument over thermal screening at the entry gate, and I think words were exchanged, following which the matter was reported to the security supervisors. However, the Croatian shooting federation then stepped in and resolved the issue amicably. So it's all good now,” he said on condition of anonymity.

India will be represented by a record 15 shooters at the Tokyo Games.

The Indian contingent in Croatia has eight rifle and five pistol shooters, besides coaches and other support staff members.

The Indian shooters are training alongside the Croatian national team.

The Indian contingent shifted base to Zagreb as it was considered safer for them to train there at a time when the country reeled under a devastating second wave of the COVID-19 pandemic.

During their stay in Croatia, the Indian shooters took part in the European Championships in Osijek, from May 29 to June 6, before participating in the last World Cup before the Olympics, from June 22 to July 3, at the same venue.