Kumar is facing charges of murder, culpable homicide and kidnapping 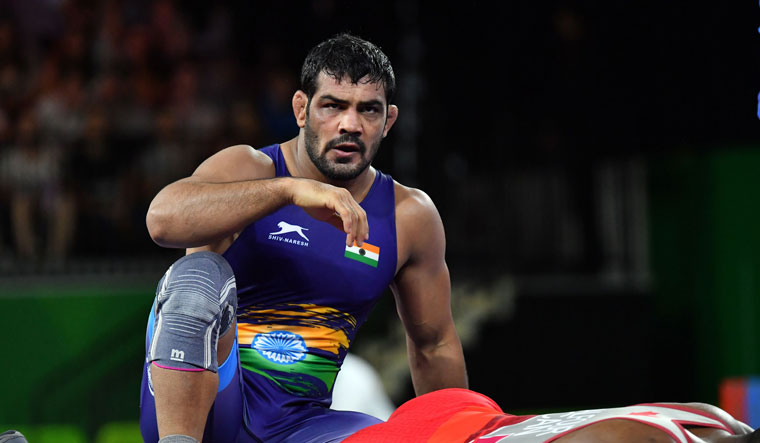 Pinned down: If convicted, Sushil Kumar could be stripped of his Khel Ratna, Arjuna and Padma Shri awards | AFP

A Delhi court on Friday extended the judicial custody of Olympic medallist wrestler Sushil Kumar till June 25 in connection with the alleged brawl at Chhatrasal Stadium in which a young wrestler died.

Sushil Kumar was produced before Metropolitan Magistrate Reetika Jain at the end of the nine-days judicial custody.

The international wrestler is facing charges of murder, culpable homicide and kidnapping.

He, along with his associates, allegedly assaulted Sagar Dhankar and two of his friends at the stadium on the intervening night of May 4 and 5 over an alleged property dispute.

Dhankar, 23, succumbed to the injuries later.

Police has alleged Sushil Kumar was the main culprit and mastermind of the murder and said that there is electronic evidence wherein he and his associates could be seen beating Dhankar.

Sushil Kumar was nabbed on May 23, along with co-accused Ajay Kumar Sehrawat. He has already undergone custodial interrogation of 10 days.

A total of 10 people, including Sushil Kumar, have been arrested so far in connection with the incident.

Later in the day, an alleged close-aide of Kumar was sent to 4-day police custody in connection with the murder.

Anirudh was arrested by Delhi Police's Crime Branch from the national capital on Thursday. The police produced Anirudh before Metropolitan Magistrate Divya Malhotra and sought his custody for seven days. The court, however, allowed his police interrogation for only four days.

During the course of proceedings, Additional Public Prosecutor Atul Shrivastava, representing the police, told the court that his custody is required as he has to be taken to Jammu.

The court was also apprised that Anirudh has been spotted in the purported video of the brawl.