Was offered 60,000 euros to seduce Djokovic, film it: Serbian model 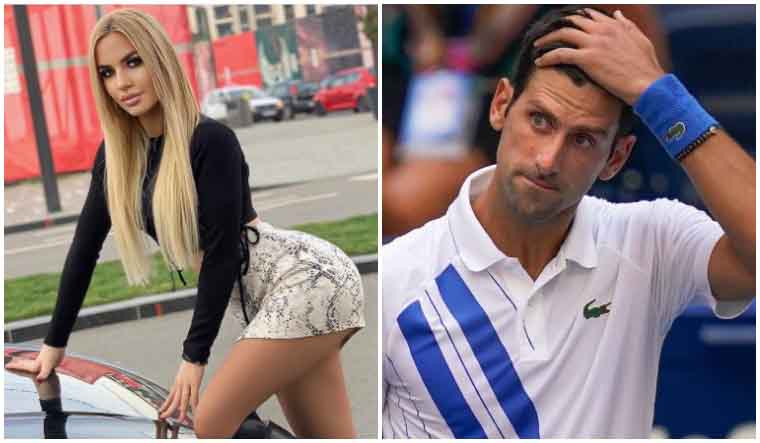 In a shocking revelation, Serbian model Natalija Scekic claimed she was offered 60,000 euros (around Rs 52 lakh) and a holiday to any destination of her choice, in exchange for seducing world no. 1 tennis player Novak Djokovic, and filming it.

In an interview with Svet&Scandal magazine, Scekic, reportedly, said the offer was made by a man in London who was familiar to her.

"It is true that a guy contacted me. I know him from the city [of London] and I considered him a serious guy," Scekic said.

"I am familiar with their work and they were good. When he asked me for a date, I thought it was for a business matter. However, as the conversation progressed, I saw that it had nothing to do with my life."

The Serbian model said she was shocked to hear about the offer but initially thought it was a joke.

"I thought it was a hidden camera when he told me that I had to seduce Novak and film it, but not to worry about that because he was already taking care of that," Scekic added. "He told me I could get about 60,000 euros for that and a trip wherever I wanted. I laughed, expecting him to say it was a joke, but the man was very serious. I felt very offended and humiliated."

Scekic refused the offer and walked out. "At that moment I thought of hitting him, throwing water on him, but I restrained myself because we were in a public place," she noted.

"I gathered my things and left. I hope he didn't find a girl who wants to do that, because it's not fair to Novak. He is our best ambassador, an exemplary man, a family man. For someone to seduce him like that for money, or at least try to..."

Djokovic has been married to Jelena since 2014 and the couple has two children - Tara (3) and Stefan (6).

There have been reports of alleged infidelity in the past, which Djokovic has repeatedly denied.