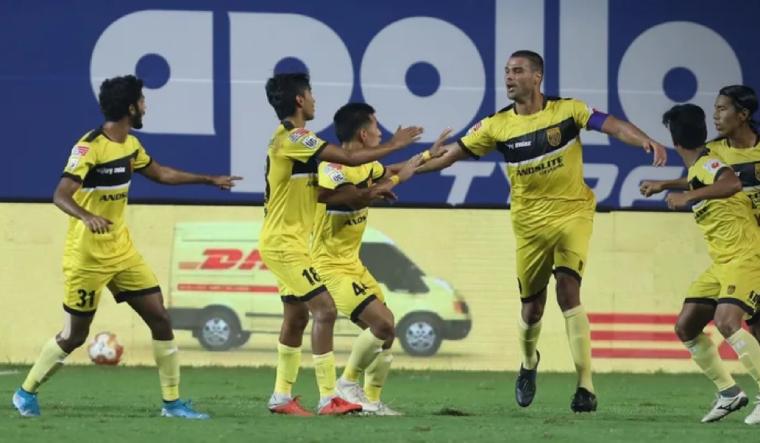 Two-time champion Chennaiyin FC would look to get back to winning ways when they clash with Hyderabad FC in an Indian Super League (ISL) match at the GMC Stadium, in Bambolim on Monday.

Placed at seventh spot, just above their Monday's opponent, Chennaiyin are coming into the contest after two consecutive draws.

Poor finishing has cost CFC in the games so far and they have given away goals from set-piece situations which would not please the coach Csaba Laszlo as team has two wins, two losses and four draws so far.

“We are working on it. We conceded all together seven goals, five from set-pieces. The last game was a clean-sheet and we have to continue in this way. We have good players who can defend,” Laszlo said at the press meet ahead of Monday's game.

Influential midfielder and captain Rafael Crivellaro will miss Monday's game due to injury sustained following a tackle by Pronay Halder in the game against ATK-MB on December 29 and his absence would be felt.

Laszlo said Portuguese attacker Isma was set to return after an injury enforced break and that could be good news for them.

In Crivallero's absence, the onus would be on the likes of winger Lallianzuala Chhangte and midfielder Anirudh Thapa to rise to the occasion and provide the thrust to the CFC attacks.

The form of Hyderabad FC, on the other hand, seems to have tapered off after a bright start. Wins over SC East Bengal and Odisha FC apart, they had draws against the formidable Bengaluru FC and ATK-MB.

However, things haven't gone Hyderabad's way since and lost three games which has pushed the teaam to eighth place in the points table.

The team allowed FC Goa to score twice in last five minutes and poor defending would be a worry for the Hyderabad think-tank.

Up against an attack-minded CFC, the Hyderabad line-up, especially the defence would be facing a huge challenge.

The CFC coach Laszlo isn't taking Hyderabad FC lightly and said they had been playing really well, adding “every team must be careful to play against them.”

The Hyderabad team has suffered three losses on the bounce and coach Manuel Marquez would be hoping for a turnaround quickly as play-off hopes could slip away quickly.

Marquez said CFC boasts of several good players and they would need to step up if the side has to return to winning ways.