Who is Juande, Kerala Blasters' replacement for Cidoncha?

The Spanish defensive midfielder is currently undergoing his mandatory quarantine 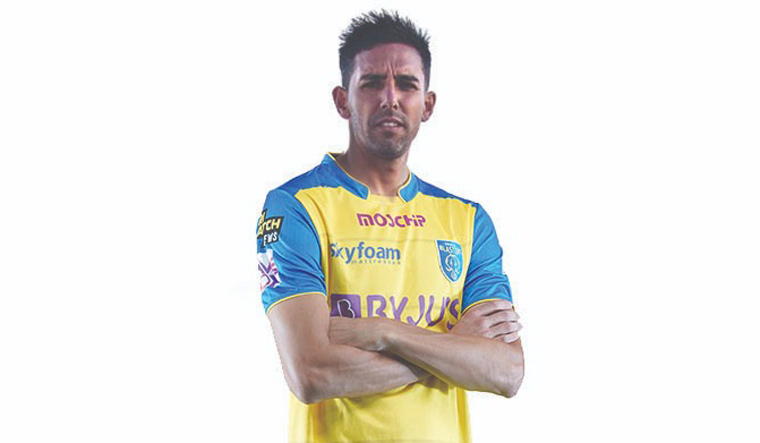 Kerala Blasters FC, today, announced the signing of Juan de Dios Lopez for the remainder of ISL 2020-21. The 34-year-old will replace club captain Sergio Cidoncha, who has been ruled out for the season with an ankle injury.

Born in Alicante, Spain, Juande, as he is called, was part of the Real Betis Academy before getting promoted to their reserve squad at 19. The defensive midfielder made his first team debut that season in a Champions League match but got his chance in the LaLiga only in 2007. He made 69 appearances for the club in his six-year stint at Real Betis where he found the net thrice. The hard-tackling midfielder spent a short loan spell during the second half of the 2010-11 season and moved to the Belgian League to play for Westerlo for a season, scoring once in his 15 appearances.

“I am very excited to be a part of a great franchise like Kerala Blasters FC, a club which has the best fans in the entire country. I would like to thank the club management for this opportunity and can't wait to be there together with my teammates and the coaching staff to fight it out all-together,” said Juande, on signing for the club.

Following his time at Westerlo, he moved back to Spain to play in the Segunda Division for SD Ponferradina for two seasons before spending four seasons with Spezia in Serie B. The 2018 season saw Perth Glory from the A-League secure the services of the strong midfielder where he spent two seasons before receiving the call from Kerala Blasters FC. Juande is currently undergoing his mandatory quarantine at the team hotel and will start training with the team soon.

“Juande is a very experienced player who will be a good replacement for Cido. He will bring us his experience and maturity. He is a player who can play different roles across the midfield. Though he is joining the squad much later, I hope to see him showcase his leadership skills on the boys,” said sporting director Karolis Skinkys.