COVID-19 impact: Major sports events that were cancelled or postponed 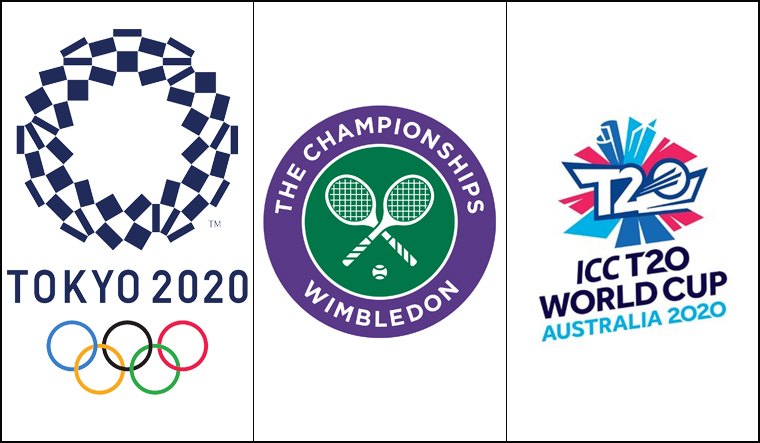 For sports lovers around the world, 2020 has been a major turn-off. The sports calendar went for a toss, thanks to the COVID-19 pandemic. Almost all the major events were either cancelled or postponed. Here's a look at them.

The 2020 Summer Olympics to be held in Tokyo was one of the first major sporting events to be called off. After much speculation, it was announced that the 2020 Olympics would be postponed to 2021. The games are still titled 2020 Tokyo Olympics and will now be held from July 23 to August 8. Surfing, sport climbing, skateboarding, karate, baseball (men) and softball (women) are the new sports that will feature at the Olympics for the first time.

The Euro 2020 championships, originally scheduled to take place from June 12 to July 12, 2020 was postponed by a year to June 11 to July 11 2021. Despite the change, the tournament, like the Olympics, will retain the year '2020' in its title. All other association football leagues were suspended and resumed after a brief hiatus. This included all major leagues across the world such as the Premier League, LaLiga, Bundesliga, Serie A and the Ligue 1.

Wimbledon, considered to be the most coveted of all the Grand Slams in tennis, was called off in April. The Championship was scheduled to be held from June 29 to July 12. It is the first time since the second World War that the championship has been cancelled. The All England Club which organises the tournament made the announcement amid the coronavirus crisis that had engulfed Europe then. The French Open, too, was postponed. Scheduled initially to take place from May 24 to June 7, the French Open was rescheduled to be played from September 27 to October 11. It was also the last Grand Slam of the year.

The Indian Wells Masters was postponed on March 8 by the organisers. One of the most hotly contested Masters 1000 events, it was later called off completely for the year. The Xi'an Open and the Kunming Open, too, were both cancelled. Both events were to take place in China.

Both the 2020 and 2021 editions of the ICC Men's T20 World Cups were postponed by a year. The 2020 tournament was moved to November 2021 and the 2021 tournament was moved to October 2022. The 2023 World Cup was also pushed back to October and will be held in India. The 13th edition of the Indian Premier League (IPL), which was originally scheduled to be played from March 29, was postponed to September 19 and was played in the UAE.

The 2020 World Athletics Indoor Championships, which were supposed to be held from March 13 to March 15 in China, were postponed to March 2021.

Among the cancelled major badminton tournaments were the Swiss Open, India Open, Orleans Masters, Malaysia Open, Singapore Open, German Open and the China Masters. The 2020 Thomas and Uber Cup which was to be played from August 15 to August 23 has been postponed indefinitely with no clarity on whether it would be played at all.

The MotoGP World Championship too had a disrupted season with the opening round in Qatar being called off. Race events scheduled to take place in Thailand, US and Argentina were also postponed with the US event finally being cancelled altogether.