Ahead of crucial BCCI AGM, stakeholders urge BCCI to expand IPL with caution 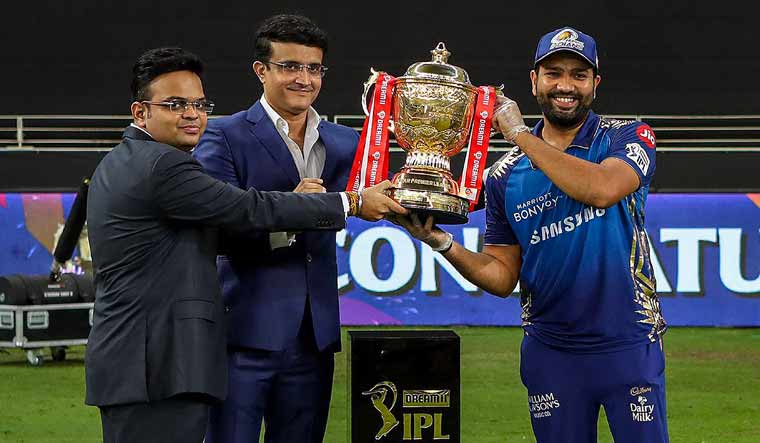 With Indian Premier League season 13 over, all eyes are on the next edition and what shape and size it will take. Various stakeholders—BCCI, franchise owners, broadcasters and players—have given a huge thumbs-up to the recently concluded edition held in the UAE, deeming it a super success. But all eyes are now on the BCCI AGM set to be held on December 24, where top on the agenda is approval for the addition of two new teams to the IPL.

Speaking at a Global Sports Summit conference organised by FICCI, Rajeev Shukla, former chairman of the IPL Governing Council and veteran cricket administrator, said the IPL 2020 was organised successfully in adverse circumstances and this had only strengthened brand IPL further. "Many within BCCI were keen to declare it a zero year but the office-bearers sat together and decided if we don't resume cricket, what kind of signal will we be sending to the cricket world? It was a bold decision by Sourav Ganguly, Jay Shah, Brijesh Patel to hold the IPL."

Speaking from players' perspective, former India player and currently SunRisers Hyderabad mentor Laxman said, "It was quite challenging for players—before reaching UAE everyone was thinking how it would pan out. But once we landed there, we saw all things were taken care of, the franchisees had managed things to ensure they maintained a healthy mindset throughout the two months we were there. Once IPL started, the intensity from players and the quality of cricket was excellent. All credit to BCCI; they took care of their well being."

The viewership had increased, the advertising had been robust and the cricket was of good quality—all these has given everyone involved reasons to be bullish about what lies ahead for the T20 competition.

Asked what was the way forward to strengthen IPL as a brand further, Shukla said, "The Board is doing value additions—adding more elements in terms of technology keeping the viewers in mind. Increasing the teams from eight to 10, the broadcaster has given us that leeway to play certain number of matches within that framework. The tournament can be expanded. In future, the BCCI is thinking of organising fan parks abroad also."

Interestingly, Shukla was also in favour of introducing a new competition on the lines of the now scrapped Champions Trophy as a way to expand the IPL. "That slot is still vacant, we should utilise that slot, and replace it with a better tournament, take the cricket overseas."

Sanjog Gupta, CEO Star Sports, the official broadcaster, concurred with the expansion plan, while adding that "expansion of IPL at the right time is key”.

“Timing depends on how you map the future of these two new teams—how much time you give them to build a brand. It is important for a league to be competitive."

While talking of expansion, there was no mention, however, among the panelists, of the introduction of women's IPL.

Asked about any changes he wished to see from players' perspective, Laxman said he was not in favour of any changes per say. "The Big Bash League has brought in some changes to bring more crowds in, it isn't as sought after as IPL. I do not agree with the changes in BBL or the 100-ball format either. The quality of cricket is very critical—the contest between the bat and the ball, you need that to keep the tournament interesting. For that, the wickets need to be really good as they were mostly in UAE. As for technology, I think we can give some more powers to the third umpire. Let more technology be used as the margins in IPL are very very small."

Knight Riders CEO Mysore had a word of caution, though. "Don't underestimate the power of viewership. One cannot lose sight of the fact that cricket has been challenged. IPL has brought back crowds to the ground. We have to remain proactive in terms of how we engage them."

The Knight Riders, who also have a team in Caribbean Premier League and are looking to foray into United States, however, are keen on BCCI allowing Indian players (capped and uncapped both) to play in foreign leagues. "Allow players to play in other leagues and expose them to certain competitive environments. This will help in making the product globally bigger."

This, however, did not find favour with Shukla. "Sending Indian players to other leagues will mean diluting your own brand. It is difficult for players to play throughout the year. We also have the domestic and international duties to consider." He further said that taking focus away from the spectators would be a risk that IPL can ill afford. "They are our biggest stakeholders. In Ranji Trophy, even if international players play, crowds do not come to watch them. We have to ensure we keep both TV viewers and fans on ground involved."