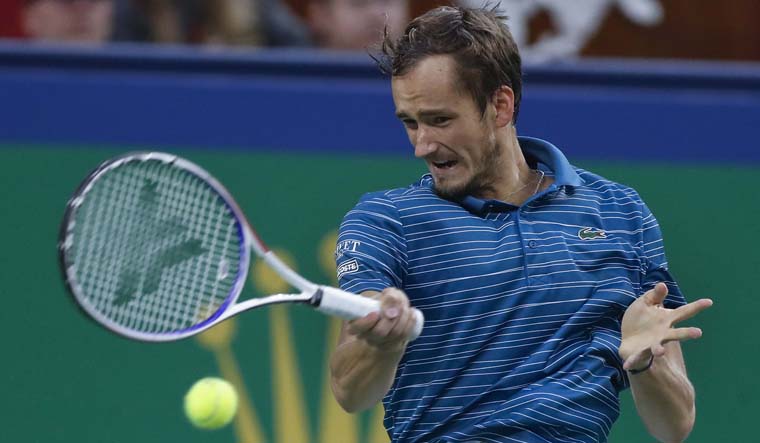 Russia's Daniil Medvedev beat Djokovic in straight sets to book a semifinal place in the Nitto ATP Finals. Medvedev beat five-time champion Djokovic 6-3, 6-3. Djokovic was beaten in his own game of returns. Widely recognized as one of the best in return serves, Djokovic was outplayed by Medvedev.

Djokovic's low returns-in-play percentage put a lot of pressure on him in rallies, which saw him return much closer to the baseline. This proved too costly for the Serb as he was thoroughly outplayed by Medvedev. This is the third time Medvedev has beaten Djokovic in their previous four meetings. Medvedev was superior in defensive play, a tactic which Djokovic is ruthless in.

It is not all over yet for Djokovic at the ATP Finals. He will now face Alexander Zverev and the winner will book a place in the semifnals. In the other half of the draw Nadal and Tsitsipas will face-off with the winner taking the remaining semifinal spot after Thiem already booked his place following his victory over Nadal.

Medvedev is the first Russian to reach the semi-finals at the Nitto ATP Finals since Nikolay Davydenko lifted the trophy in 2009. He struck nine aces and only faced one break point, completing his victory with a forehand winner.  Medvedev now trails 3-4 in his head-tohead- record against Djokovic.