The Dubai-based businessman hails from Kannur in Kerala 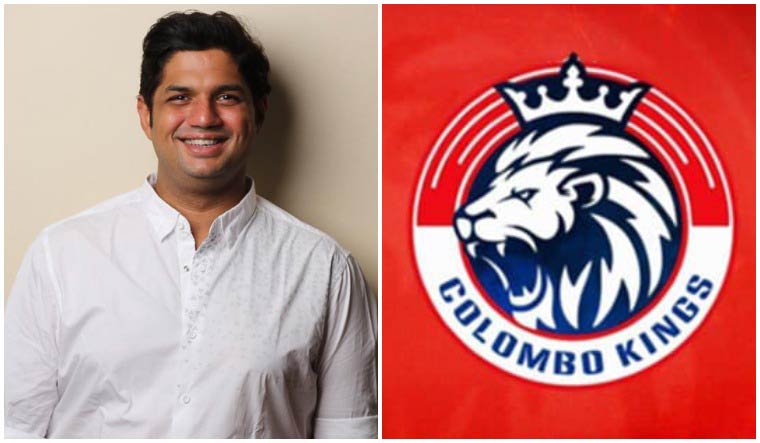 Murfad Mustafa; the logo of his team Colombo Kings in the Lanka Premier League

For a state that is synonymous with football, Kerala's tryst with cricket in the British era might come as a surprise to many. In the 19th century, Sir Arthur Wellesley is believed to have introduced the people of Thalassery, then Tellicherry, in Kannur district, to the 'gentleman's game'. On days when he did not have enough Englishmen to make the team, he would gather the locals and include them in the teams. The interest in the game blossomed thus and soon the Municipal Stadium and the Tellicherry Town Cricket Club came into being.

The state was largely absent from the cricketing map of India, till, in the early 2000s, a tall and strapping young pacer Tinu Yohannan made the national team. (Abey Kuruvilla, who represented India in the 1990s, was based in Mumbai though a Malayali, and never represented Kerala). Years later, yet another Kerala pacer S. Sreesanth made waves on the international cricket scene but was soon embroiled in the IPL match-fixing controversy. The latest name on everyone's lips is Sanju Samson, a promising wicketkeeper-batsman who has already donned the Indian colours in T20Is.

And now, after centuries, Kannur is back in cricketing limelight, thanks to the Lanka Premier League (LPL). But it is not because of any player hailing from the district, but the owner of one of the five teams in the T20 tournament, the inaugural season of which starts on November 26 in Sri Lanka. Dubai-based Malayali businessman Murfad Mustafa owns the Colombo Kings, which will play the opener against the Kandy Tuskers in Hambantota.

Though hailing from Kannur, Mustafa, 35, was raised in Dubai, where his father heads the Faza Group, and did his graduation in London. But he is as passionate about his hometown, which he visited every year during vacations, as he is about cricket. “Thalassery and Kannur have always been connected to cricket. So, it's in my blood!,” Mustafa told THE WEEK. “I used to play cricket a lot before I moved to business. The passion for the game was always there, and that's how I gradually befriended Suresh Raina and Shadab Jakati.” While former India international Raina is a Chennai Super Kings legend in the IPL, Jakati has represented Goa and has played for CSK, Royal Challengers Bangalore and now-defunct Gujarat Lions. Jakati, incidentally, is now the director (cricket operations) of Mustafa's team Colombo Kings.

“I have long been wanting to be associated with cricket and so, when an opportunity came in the form of the Lanka Premier League, I grabbed it. Jakati and Manpreet Gony (who played in two ODIs and represented CSK, Kings XI Punjab, Gujarat Lions and Deccan Chargers) helped us a lot, and Gony will be playing, too,” he said.

Though Colombo Kings have been hit by the pullout of Faf du Plessis because of the limited overs tournament between South Africa and England, Mustafa believes his team stands a good chance of winning the title. “We have [Sri Lankan star all-rounder] Angelo Mathews as the captain, we have [big-hitting West Indian] Andre Russell, there's Isuru Udana, who played for RCB recently in the IPL, and Lankan international Dinesh Chandimal. And we also have the explosive English batsman Daniel Bell-Drummond,” Mustafa said, listing out the impact players for the Colombo Kings. He is also excited about young Afghani spinner Qais Ahmad, whom he calls their “Rashid Khan”.

Mustafa's one regret as far as the squad is concerned? “I missed Chris Gayle. It was a narrow miss. He was picked up by Kandy Tuskers in the draft. He is a very good friend. The only consolation is that Kandy Tuskers are owned by [actor] Salman Khan and family, and I am a big fan. So, it's okay!”

From Sri Lanka, it's straight to Europe for Mustafa. “We are bidding for Amsterdam Kings in the Euro T20 Slam. The deal is almost done,” he said. The Euro T20 Slam is a proposed Twenty20 tournament planned to be held in Ireland, Scotland and the Netherlands. It was scheduled to start in August 2019 but got delayed.

But the ultimate joy for him would be to own a team in the IPL. “That's my dream [to own an IPL team]. All the owners are set now, but let's hope for the best. Inshallah,” Mustafa signed off.