Chakravarthy has been included in the Indian T20I squad to Australia 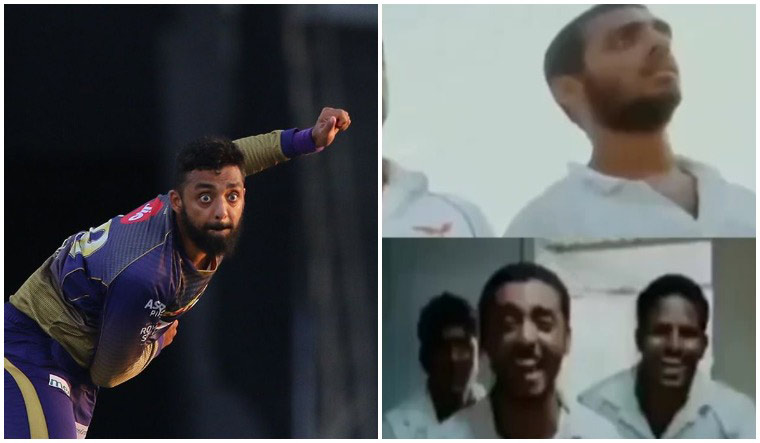 Varun Chakravarthy; in a still from the film, Jeeva

Kolkata Knight Riders' mystery spinner Varun Chakravarthy is full of surprises, be it on the field with the ball, or in real life.

The 29-year-old has been one of the better bowlers for KKR this season, having picked up 13 wickets so far in 11 matches, at an impressive economy rate of 7.18. He is also the first bowler to take a five-wicket haul in IPL 2020. The spinner was rewarded for his consistent performance when he was included in the Indian T20I squad to Australia, which was announced by the BCCI yesterday. Team India will play three T20Is and ODIs followed by a four-match Test series from November 27 to January 19.

Chakravarthy, reportedly, started his career as a wicketkeeper but later turned into a medium-pacer. He then briefly quit the game to become an architect. However, he could not resist the call of cricket for long and returned to the game again as a mystery spinner.

But, did you know the professionally qualified architect has tried his hand in films, too? He appeared in a cameo in a Tamil film Jeeva. Chakaravarthy was seen as a teammate of the hero Jeeva while playing for a cricket club. The film, which released in 2014, revolves around how Jeeva does not get a chance in the Indian team due to cash politics but makes a comeback finally. The film was a commercial success at the box-office and was also critically acclaimed.

Chakravarthy started taking his spin bowling seriously only in 2018, said he was not expecting to be picked in the national team. "My basic goal was to play in the [KKR] team regularly and perform and contribute to their wins. Hopefully, I'll be able to do the same for India. I am not very active on social media and I have to thank the selectors for keeping their faith in me. I don't really have words.

"I pretty much started my spin bowling in 2018, that's when I got my breakthrough in TNPL, it's been high and lows. Last year, I didn't get many chances and I injured myself. I'm grateful for making a comeback this year," he said.

"Around 2015, when I was not making a lot of money, I was freelancing [as an architect] and wasn't able to meet my needs. I thought I would do something different, and that's when I turned to cricket.

"I still do it, I like that as well (being an architect)," Chakravarthy said.